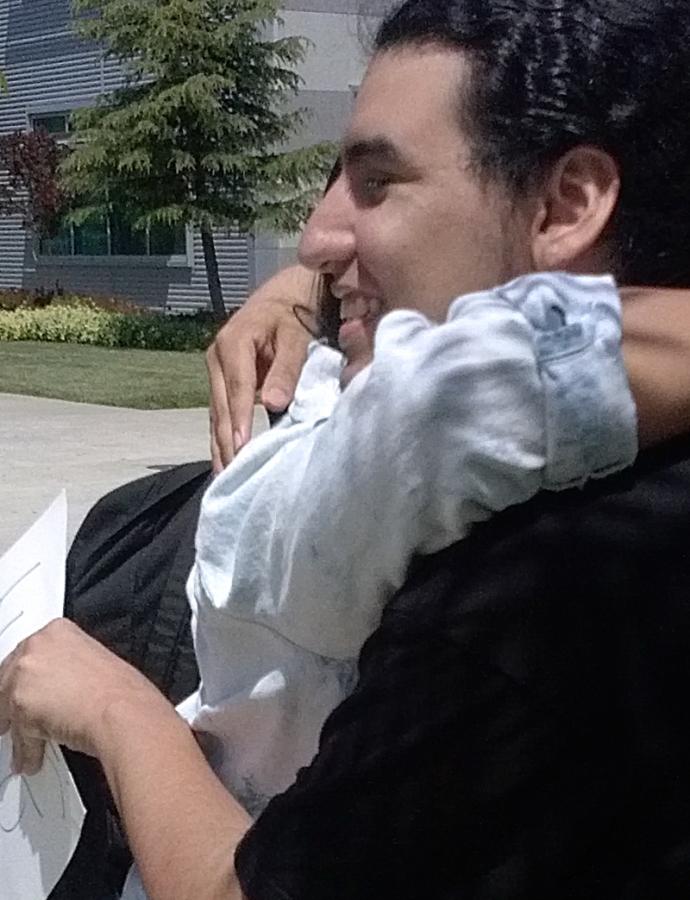 Giovanni Rajo hugs a student on campus during his experiment.

Giovanni Rajo likes to experiment. Not with chemicals or physics, but with society.

Perhaps you remember last May, when six students went out around campus holding signs that said “Free Hugs.” That was a social experiment conducted by Rajo out of pure curiosity.

The experiment was comprised of six students, three male and three female, and was created to determine who would receive more hugs, not only based on gender but also on appearance and attitude. Each student was sent out individually, so that being in a group would not affect the results.

Rajo’s initial prediction was that strangers would be more receptive to hugging a woman than a man. The results were quite the opposite.

Most strangers actually were more open and receptive to hugging a male, especially one falling into the stereotypically good-looking man — tall, muscular and well dressed.

“I was surprised that men got more hugs than women. That was the exact opposite of what I had expected,” said Rajo adding, “I expected people to be more willing to hug a pretty woman rather than a man.”

Arion “Sketch” Choice, a graphic communications major, participated in the experiment, stepping out onto the campus to receive hugs.

“I noticed that you could tell how comfortable people were by how they hugged you,” she said.

Choice also noted that approximately 75 percent of the hugs she received were from men, whereas the ratio for men was around 50-50.

Rajo is in his fifth semester at Los Medanos College, working at his art major. He’s pursuing 2D-animation and is interested in designing comic books. When he isn’t studying or creating social experiments, he relaxes with a good video game.

Over the summer Rajo conducted another social experiment in various places around Antioch and Pittsburg. He created four mock couples and sent them out, carefully monitoring the surrounding people. The goal was to determine how people would react to verbal abuse based on gender.

“I expected people would intervene when the man was abusive, and leave the couple alone when the woman was abusive,” he said. “Unfortunately, this was more than true. It seems that most people didn’t take verbal abuse from a woman seriously.”

Rajo currently has a few social experiments in the works, but is also thinking about collecting more data for his previous ones.