World format is the new stlye 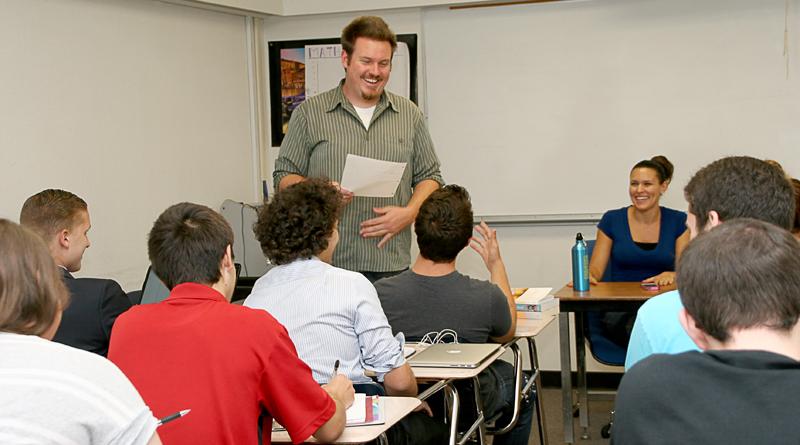 The LMC Debate Team is making a switch this semester from parliamentary debate, to world style debate.  According to Debate Coach Kasey Gardner, this change should make the learning curve a bit easier for students new to debating.

Gardner was himself trained in parliamentary-styled debate and competed internationally for the University of Kentucky. Originally, Gardner felt parliamentary would be a good fit for LMC, due to his own expertise and the scholarships available to students who compete in that format.

After two years, no debate member had taken the opportunity to attain a scholarship. To make matters more pressing, it was apparent the learning curve for beginning students was difficult, driving some potential debate team members away.

Parliamentary-styled debate consists of two teams with two members that compete against each other by debating a resolution, or topic. A resolution is a case that the affirmative team must defend, such as “The United States Federal Government should legalize stem cell research.” After the affirmative team receives the resolution, they must decide how the process will happen.

In parliamentary, the debate consists of six speeches. The first is the Prime Minister Constructive speech, where the affirmative team lays down the rules of the debate and how they intend the case to work. Next, the Leader of Opposition Constructive speech is given, where the first negative speaker presents their team’s case, and attacks the case made by the affirmative. The following two speeches are responses from the affirmative and negative teams, respectively. Finally, two rebuttal speeches are given, where the speakers that spoke first from each team summarize the round — no new arguments are to be made in the rebuttals.

Each speech has a time limit, the first has a limit of seven minutes, the following three speeches are eight minutes, the negative rebuttal is four minutes and the affirmative team ends the debate with a five-minute speech.

Despite the popularity of parliamentary debate, world-styled debate is becoming more of a possibility in our region, Gardner said. He hopes, by switching the LMC debate team’s style to world, other schools in the area will also make the decision to follow suit.

“Like any change, I trust the coach’s judgment in the transition, but I am a bit anxious to be moving away from the only debate style that I know.” said debate student Josh Noriega.

In World debate the first speech is given by the member of the affirmative team and makes a case for the resolution. Next, a member of the opposition must speak against it and is followed by a second speaker of the affirmative team. This continues until the last two speeches, where the first speakers for each team have four minutes to summarize the debate. Like the rebuttals in parliamentary, no new information may be added to the debate.

If you’re interested in competing for the LMC Debate team, meetings are held Wednesdays at 4pm in room CC1-115.