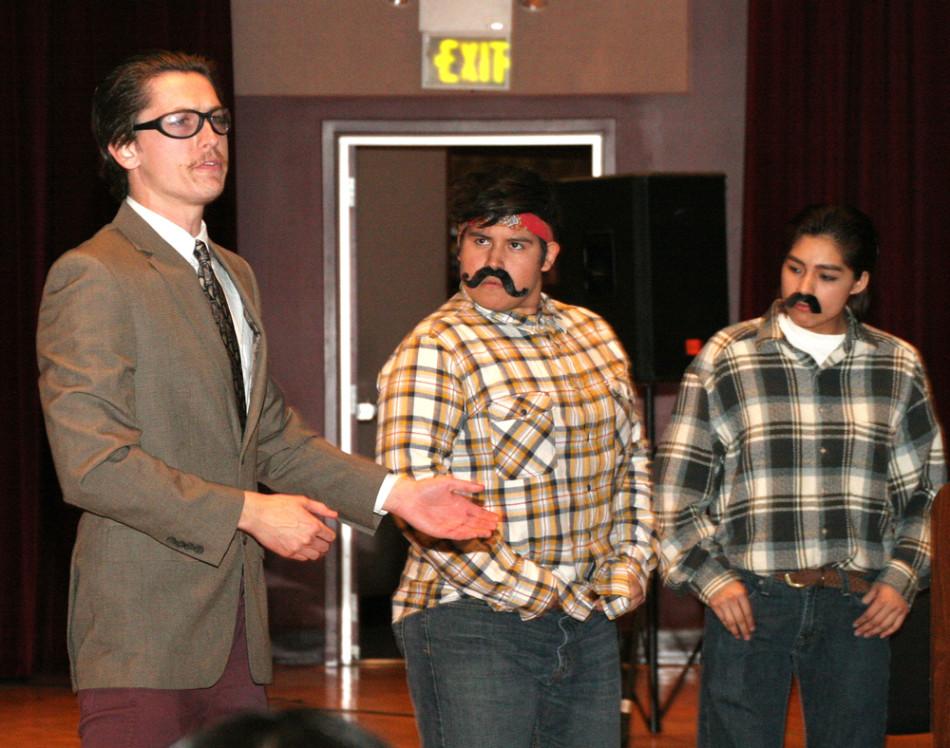 Four bright minds were recognized and awarded Friday evening at the 2014 Awards Recognition ceremony in dedication to one of America’s greatest civil rights activists, César Chávez.

An enthusiastic group gathered in the College Complex quad where festive food and drinks were available. A Mexican group sang stirring songs to the equally stirred crowd that occupied the floor.

Inside the Little Theater was an audience of supporters, students and faculty who sat before the recipients.

Each recipient each gave an emotional acceptance speech, detailing the experiences that resulted in their recognition.

Morales, who was overwhelmed with strong emotions said, “I never in my life thought this would happen,” he said. “I almost broke down.”

While his accomplishment exemplifies his progress as an educator, Morales still feels he can learn a thing or two from his role model.

“César Chávez has always been a role model of mine. I try to emulate some of his philosophies,” said Morales.

“The philosophy of César Chávez is just to listen to people and try and see what we can do to help out. But even if I can help out somebody a little bit, it’s good enough.”