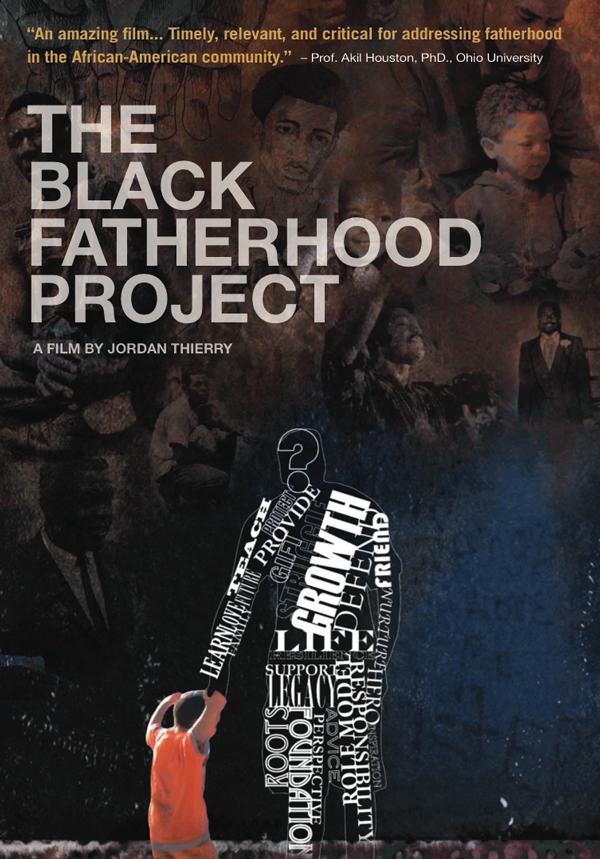 This is the cover photo for the film.

The event, sponsored by the UMOJA Scholars Program, was held in the Library Community Room L-109

The film includes professors Dr. Wade Nobles and Dr. Charles Lewis, among others, who offered their insights on the history of African-Americans and the black communities today.

The film also highlights African-American fathers who give their background on how they were raised in fatherless homes and how that has shaped who they are today as men, as well as parents.

Thierry dives into the history of African-Americans going as far back as slavery. He explained how black men were treated by slave owners, giving the audience great insight into how that has impacted black men today.

Black women were reduced as caregivers or maids and didn’t have any place in the world during that time period.  This would force black men to leave their families for work.

Many black men weren’t getting the work opportunities that they were looking for in the South and decided to head north.  This is where the fatherless home concept finally came into play.

Black men would work with distance between themselves and their family and send money back home to help put food on the table and a roof over the heads of the wife and children.  Children were without a father and wives were without a husband, while the father would work to make enough money over time to eventually move his family up North with him.

This is only a brief history of how long the fatherless home has been an issue among black communities.

The feature went on to explain how 70% of black children are born to families with one parent while 93% of blacks who were incarcerated were black men.

The film did an excellent job of connecting with the audience by getting everyday ordinary men and explaining the struggles of growing up without a father.  The historical facts also helped give a better feel for how far back the “fatherless home” really goes and how things are still more of the same in that regard.

When asked about whether he sees a change in how black men have been in terms of being present for their children, Thierry had positive things to say.

“Yes, I see a lot of the men that I interviewed who feel a sense of obligation because of being in the film and speaking to everything that’s wrong and now they have to go out and do what they say they were going to do because they know they can now be looked at as role models,” said Thierry.

They definitely have a standard to live up to and expectations for them to fulfill.

When asked what motivated Thierry to do this film and why he targeted the fatherless home versus the motherless home, he said, “I targeted Black males because I work around a lot of men and I realized that we are not having this conversation,” adding, “I think it is important for there to be both mothers and fathers in a child’s life but I believe for black men, this is a conversation that needed to happen.”

This film looked to motivate not only black men, but also all parents whether it is man or woman, black or white.  Having both parents involved in their child’s life will prove to be beneficial for their future. If adults, coaches, teachers, parents and others get involved in the lives of our youth, we can work towards creating a better future.