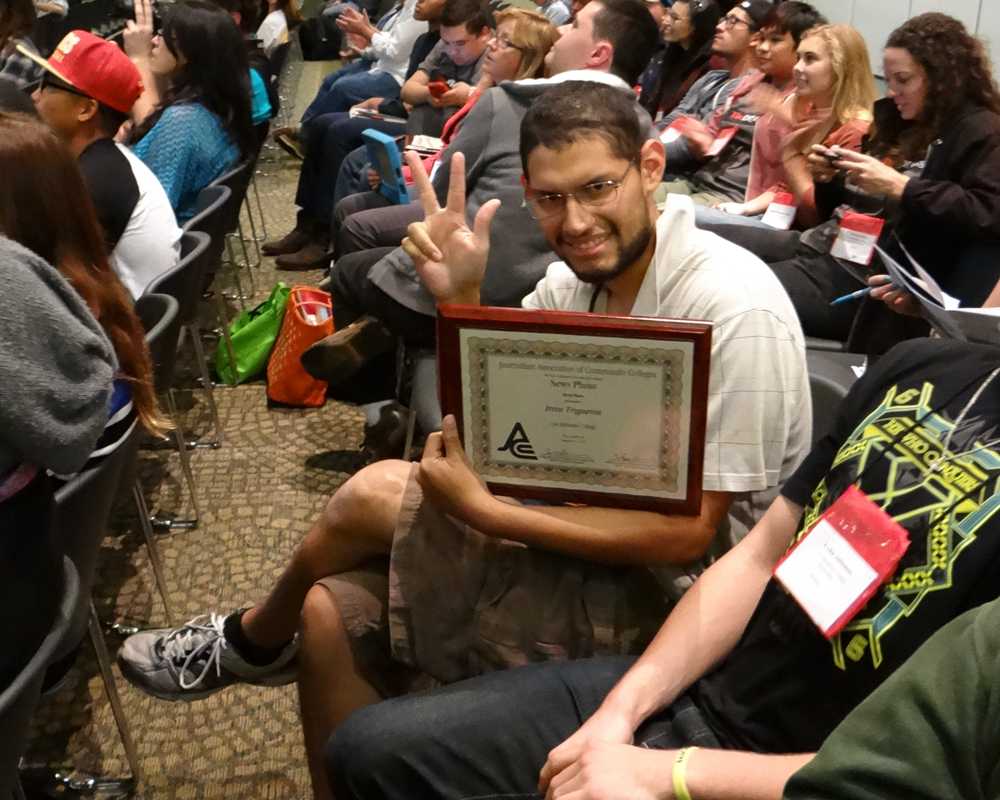 School newspaper staffs from all over Northern California attended the JACC. The event took place September 21 on the Sacramento State College campus.

The LMC Experience staff was fortunate enough to tally eight awards. Photo Editor Irvin Trigueros took home the award for the photo contest of Breton, the keynote speaker. “The competition aspect was rather exciting. For one, I didn’t have to just sit down and watch the keynote speaker because I was competing with other JACC students to take the best news photo of the speaker,” said Trigueros adding, “I had great fun doing that.”

Web Editor Jesus Chico won in the Publications Contest Informational Graphic category for a full-page infographic on Experience recommendations in the 2012 presidential election and state ballot.

 Assistant Web Editor Laura Pond won honorable mention in the Bring-in Ad contest for a proposed poster advertising the online edition of the Experience. The posters will be printed and posted on campus soon.

The festivities began early as the keynote address by Marcos Breton, Sacramento Bee columnist, kicked things off. A cloud of photographers participating in the photo contest were snapping endless shots of the keynote speaker hoping to get the single photo that will lead them to victory.

Trigueros stated, “To see my name on that PowerPoint was a great surprise. I was really quite giddy that moment.” Trigueros also wanted to give some credit to fellow LMC Experience staffer Dennis Trammell for helping him with a few aspects of the photo such as the caption.

Trammell, who had not previously attended a JACC conference said, “It was very interesting, there were a lot of people there to share their expertise in their different fields, I learned a very good outline for learning how to write stories, and there was a lot of good photography there.”

Sports Editor Dakotah Zabroski, who also attended, said, “I had a lot of fun and learned a lot of new things, especially in the sports seminar with Marcus Thompson, the [Golden State] Warriors beat writer. It was just an overall good experience.”