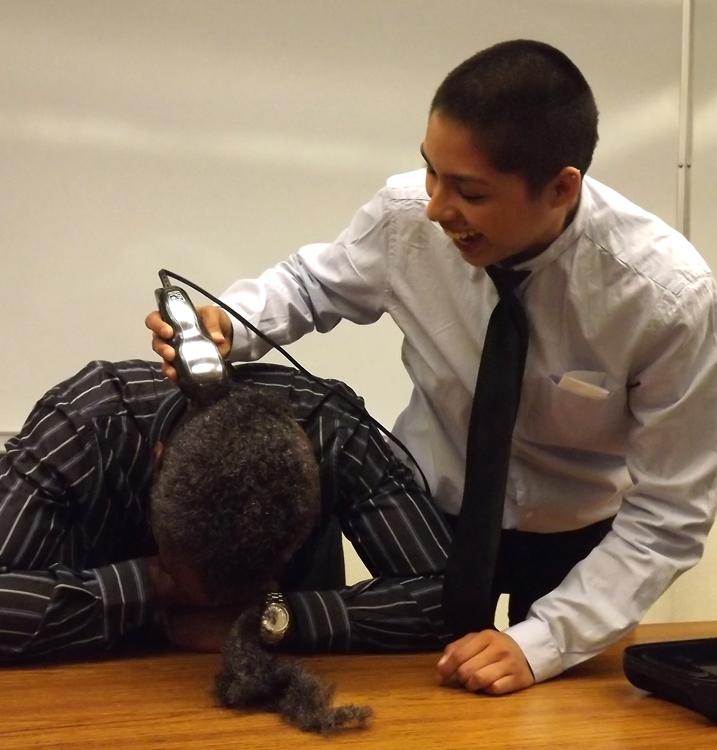 A head-shaving event held at the end of last semester by student and cancer survivor Karen Hernandez had successful results. The event was held to raise money for the St. Baldrick’s Foundation, a childhood cancer research organization.

The initial goal for the event was to raise $1,500 but it was exceeded that by reaching more than $3,000. About 30 men and women participated in having their heads shaved to support and raise awareness of cancer.

“I’m really surprised on how it turned out because it was just an idea at first,” said Hernandez.

Astronomy professor Scott Cabral wrote a $1,000 check to watch Drama professor Nick Garcia get his head shaven. When the amount raised reached $1,500, Garcia said he would shave his head and beard if the amount reached $2,500. Cabral made sure it was reached.

“It was a lot of fun,” said Cabral. “Karen Hernandez deserves to be supported because she’s a cancer survivor. She’s a kind of person we should all aspire to be like.”

Hernandez decided she wanted to be a part of the St. Baldrick’s organization and help them raise money for research for children with cancer.

“We had to commit,” said Hernandez. The planning for the event took about a month, planning meetings were held every Monday, Wednesday and Friday to make sure things got done.

A lot of people came out to support Hernandez. Some of her close friends had their heads shaven for her, something she didn’t think would happen. She says seeing her friends support her in shaving their heads was very emotional for her. “Had me crying a lot.”

Hernandez ended up having about 20 people who volunteered to help out for the event. “I’m really glad I had people that helped me. I like to do things on my own but I learned to ask for help,” she said.

Hernandez is hoping she can do more events like the one she put together for St. Baldrick’s. She says future events do not have to be cancer related. “I like raising money for people who need it.”