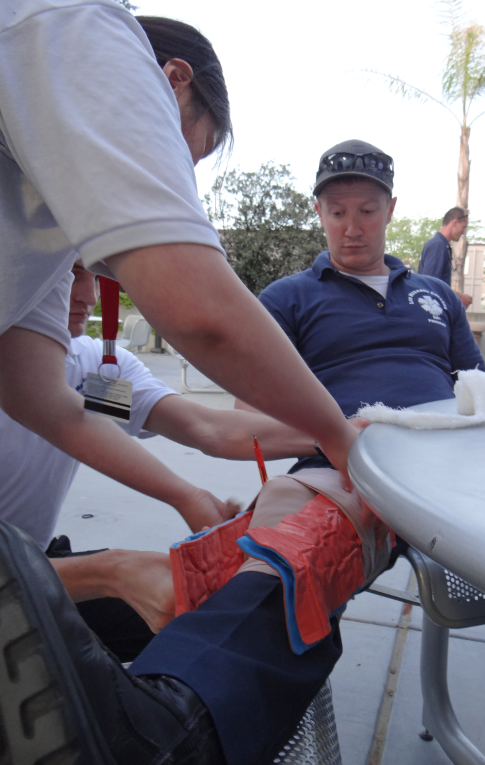 “I love the scientific method,” said Ricky Munoz, the student president of the American Medical Student Association (AMSA) club, who knew he wanted to be a doctor when he arrived at LMC.

The problem was that he did not know how to get started, something many incoming freshman struggle with. So he helped revive AMSA to support students with career information and networking opportunities.

Munoz said that the goal of AMSA is to “promote awareness about health.”

Members of AMSA do this by going to different classes on campus and introducing the club to the students who, added Munoz, “may not know much about medicine.”

AMSA is a “great place to get info and network” with fellow pre-med students said Vice President Gary Fridland, who explained that he and Munoz rechartered AMSA in the fall of 2012 after a lackluster run the year before.

AMSA now has roughly 30 active members, and accepts anybody “with an interest in the medical field,” said Fridland, adding there are no requirements to become a member, although club officers must uphold a 3.0 GPA.

Aside from being the club’s vice president, Fridland is also a member of MESA, Rotoract, and is the Inter Club Council representative for the Honors Club. Fridland is following a pre-med track with an interest in biological science, and also plans on graduating from LMC by the end of spring 2014 semester and then transfer to UC Davis.

Fridland confirmed that AMSA meets every Monday at 3 p.m. in Room 225 in the Science building.

A typical meeting includes the reading of a condensed version of the Hippocratic Oath taken by physicians swearing to practice medicine ethically and honestly, and some early review for the Medical College Admissions Test is also included.

Discussion topics include healthcare, such as Obamacare, and meetings frequently include doctors as guest speakers.

AMSA has also arranged for a few medical students from Stanford University to speak to its members. Having these students come to the club helps to “bridge the gap between a community college and a university,” Munoz said.

The club sent 15 of its members to a medical convention at UC Berkeley on March 2, said Fridland adding that attending events such as this may result in “networking with bigger schools.” students to “come for the advantage” of this support.

“If I had AMSA in the beginning, my life would be different,” Munoz said.

For more information about joining the club you can contact Fridland at [email protected] He encourages anybody with an interest in medicine to “come and check us out, it feels good when you are part of it.”