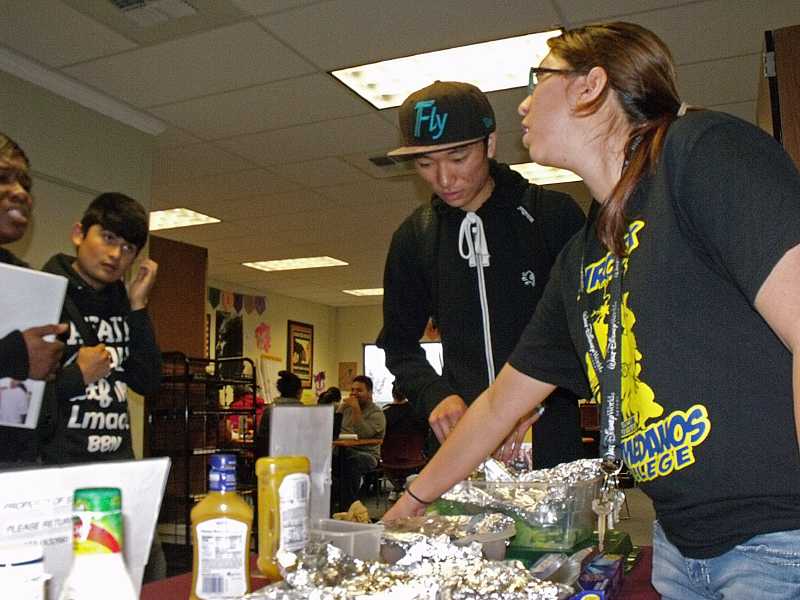 As gloomy and cloudy as this past Wednesday afternoon was for students, the Circle K International Club’s determination and motivation was bright to eliminate maternal and neonatal tetanus in a barbeque fundraiser for Kiwanis International’s Project Eliminate campaign inside LMC’s Student Life office.

Tetanus is a bacterial infection of the nervous system that, especially to newborn babies, affects the muscles and nerves. The bacterium is particularly lethal to newborns. According to Kiwanis, over 160 infants die each day from tetanus, especially the maternal and neonatal kind.

The goal of Project Eliminate is to protect mothers and infants by eliminating maternal and neonatal tetanus as a whole by raising $110 million to be spent on vaccines, syringes, storage security, transportation, and staff expansion.

For this fundraiser, Student Life Coordinator Ashley Adams, who acts as an “overseeing guide,” helped the students coordinate the event in Student Life.

“They give me their ideas, and I guide in implementing those ideas,” said Adams, noting that a fundraiser’s success is based on the outcome of its goal.

In the eyes of Circle K Fundraising Coach Donna Eaves, their down-to-earth goal is to raise money at the two-hour barbeque in one day, selling homemade chicken tortilla wraps, and bottled water.

It only takes a few students with a few dollars in their wallet to contribute to Project Eliminate.

“Paying a dollar for a water bottle saves one child, while buying a chicken wrap saves both a mother and her child,” says Circle K President Byron Montilla.

“All proceeds go to Kiwanis International team, [who are] teaming up with [United Nations agency] UNICEF to get rid of maternal and neo-natal tetanus,” said Montilla.

Despite taking place indoors, Circle K Social Chairman Michael An felt very proud of its success, citing the fundraiser as an improvement over the previous one. As the barbeque progressed, the fundraiser had succeeded in passing the $100 goal, breaking even with the costs of the food.

“Honestly, I feel great because they seem to care about the cause,” said An.

“I feel really good about it. Just after informing them, I can see that they care,” said Eaves. “We’ve had people who just donate money instead of buying the food. They come in knowing that it’s going for a good cause.”

That’s what math major David Lin and his companion Kim Tran were there for, aside of just coming for the lunch.

“I just wanted to do something for student life and the community,” said Lin, who had his wrap in hand.

Eaves feels that “it’s just good to see [students] try and help out the world to make it a better place.”