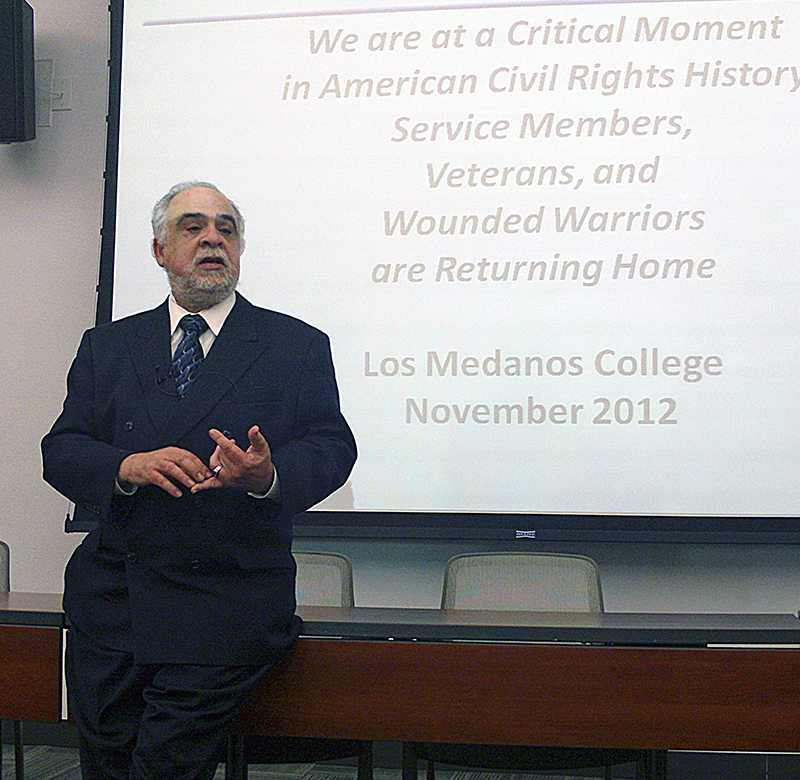 Grossman is a nationally recognized authority on post-secondary disability law and has recently contributed to workshops concerning veterans with disabilities in higher education and has promoted an in-depth understanding of the 2009 Amendments to the Americans with Disabilities Act.

The ADA guarantees equal opportunities for individuals with disabilities.

The current issue that is most concerning to Grossman is securing access to college education for veterans with disabilities returning from Iraq and Afghanistan.

“What is important to understand about people with learning disabilities is that they have their weaknesses, they may struggle in your math class, but they also have their strengths,” said Grossman. “If they can get far enough in their education, they can be very successful.”

Grossman explained that there are many veterans who may never be employable, and if they are employable they may be employed in a very sheltered way. Or they will be employable 10 years from now when they have recovered substantially from their Post-traumatic Stress Disorder, a psychiatric disorder that can occur after experiencing a life threatening event such as military combat.

“What I want you to do is to rethink your mission, not to get rid of that other mission, but to think of another mission which is to reaffirm in people that they are human beings,” said Grossman. “To help people go from the tremendously challenging transition that may take place going from battlefields to classrooms.

84 percent of post 9/11 veterans say the public does not understand the problems faced by those in the military. The first insight Grossman gave was that veterans assume that people don’t get it, that people can’t walk a mile in their shoes.

According to Grossman, veterans are far more likely to enlist for educational benefits than employment opportunities and the number one reason that veterans gave after 9/11, looking for benefits as a reason to join in the military was educational opportunities.

“I think that veterans represent some real assets,” said Grossman. “Veterans have a legitimacy that no one else has.”

Grossman suggested putting a campus wide committee for veterans to address the needs of veterans, service members, and wounded warriors by creating a veterans center as a place where veterans could get together and support each other, to network with their peers, to emerge as campus leaders while engaging in social interaction instead of isolation, to advocate for better policies and practices on campus, and to eventually create and implement their own programs.

LMC President Bob Kratochvil added that the campus has great interest to do more in this regard.

“We just need to do something more than what we’ve been doing,” said Kratochvil. “I am very hopeful that in the spring were going to have something to share with you that will really honor this really important group of men and women.”