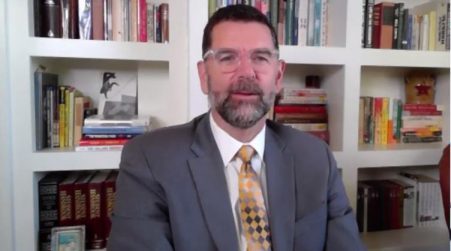 Former Contra Costa Community College District Chancellor Bryan Reece’s final months in his position were shrouded in a degree of confidentiality. Reece was publicly placed on paid administrative leave twice in his 15-month term, with “personnel reasons” being cited as the reason for his leave. After the dust has settled following Reece’s resignation, some answers have surfaced.

On April 4, Interim-Chancellor Mojdeh Mehdizadeh sent an email to all 4CD staff and faculty, containing the documents from the independent investigation of Reece.

“In response to several California Public Records Act requests, the Contra Costa Community College District is releasing the findings from an independent investigation, known as the Kivel Report. The conclusions of the Kivel Report and the accompanying documents are among the contributing factors for the Governing Board’s decision to place former Chancellor Dr. Bryan Reece on paid administrative leave for a second time and ultimately accept his resignation,”she wrote.

Mehdizadeh also apologized on behalf of the district and Governing Board.

“We deeply regret the disruption Dr. Reece’s actions have caused and hope this report is the final chapter of what we know was a tumultuous 15 months,” she said.

Included within the email are five documents, four of which make up what is being called the Kivil Report, the results of the independent investigation conducted by attorney Scott N. Kivel. The fifth document is a rebuttal to the report, submitted by Reece and his attorney, Carolee Kilduff.

The Enrollment Recovery Program, or ERP, was designed to increase declining enrollment due to COVID-19,

“‘The ERP RFQ was for a three year contract to “devise, implement and measure a robust and comprehensive enrollment marketing and management program to drive significant, attributable enrollment growth across the district’s colleges and centers,’” wrote Kivel.

The RFQ, or request for quote, was drafted on Feb. 14, 2021 by Reece and several vendors who would ultimately also bid for the job. The deadline was set for March 4, 2021, with concerns regarding the way in which Reece was handling the process arising soon after.

“‘Questions were raised about having the same vendors write and bid on the ERP RFQ/RFP, the chancellor asserted that this arrangement would not be problematic, though his basis for that conclusion is unclear because his cabinet members clearly stated the opposite,’” Kivel wrote.

In addition, Reece denied previous relationships with any of the companies chosen for the bidding process, which was found to be false.

“‘In his investigative interview, the chancellor denied having previously worked with the three firms that he admittedly invited to participate in drafting the RFQ. However, this claim appears to be contradicted by an April 29, 2021, email in which the chancellor wrote that he encouraged three firms he worked with in the past to write the RFQ. (This was one of the several areas where the investigator noted that the credibility of the chancellor was of concern),’” Kivel wrote.

The winning bid would eventually fall to VisionPoint, a firm that Reece again denied having any prior relationship with, despite telling Kivel otherwise.

“‘In his investigative interview, the chancellor stated that he had no prior relationship with VisionPoint but may have met the CEO in a meeting (as he has met hundreds of other individuals in academic and professional settings) or may have telephoned the CEO when he was interviewing for an East Coast community college position… In any event, the chancellor failed to disclose to the district’s scoring committee that he had some form of relationship or communications with VisionPoint personnel,’” Kivel wrote.

While VisionPoint won the bid, the Governing Board eventually withdrew the award, and launched the Reece investigation now know as the Kivel Report.

“‘The Governing board rescinded the VisionPoint award on May 26. At the same meeting, the Board authorized an investigation into the ERP process and the Chancellor’s role in it,’” wrote Kivel.

In the conclusion of the report summary, Kivel listed Reece’s violations, those on page 14 being: “Unethical Failure to Disclose Prior Relationships/Communications,” “Participation on the scoring committee,” “Violation of Best Practices Regarding Pre-Determined Contract Price” and “Failure to Consult with Legal Counsel.” He listed three more on page 15: “Unilateral invitation to Three Firms,” “Conduct Inconsistent with a Fair Contracting Process” and “Improper Quid Pro Quo.”

In the original email containing the documents, Mehdizadeh explained that the Kivel Report played a part in placing the chancellor on paid leave for the final time.

“The conclusions of the Kivel Report and the accompanying documents, are among the contributing factors for the Governing Board’s decision to place former Chancellor Dr. Bryan Reece on paid administrative leave for a second time and ultimately accepted his resignation.”

Currently Mehdizadeh is the interim chancellor and will be acting as such through June 30, 2024, or until a new permanent chancellor is found.