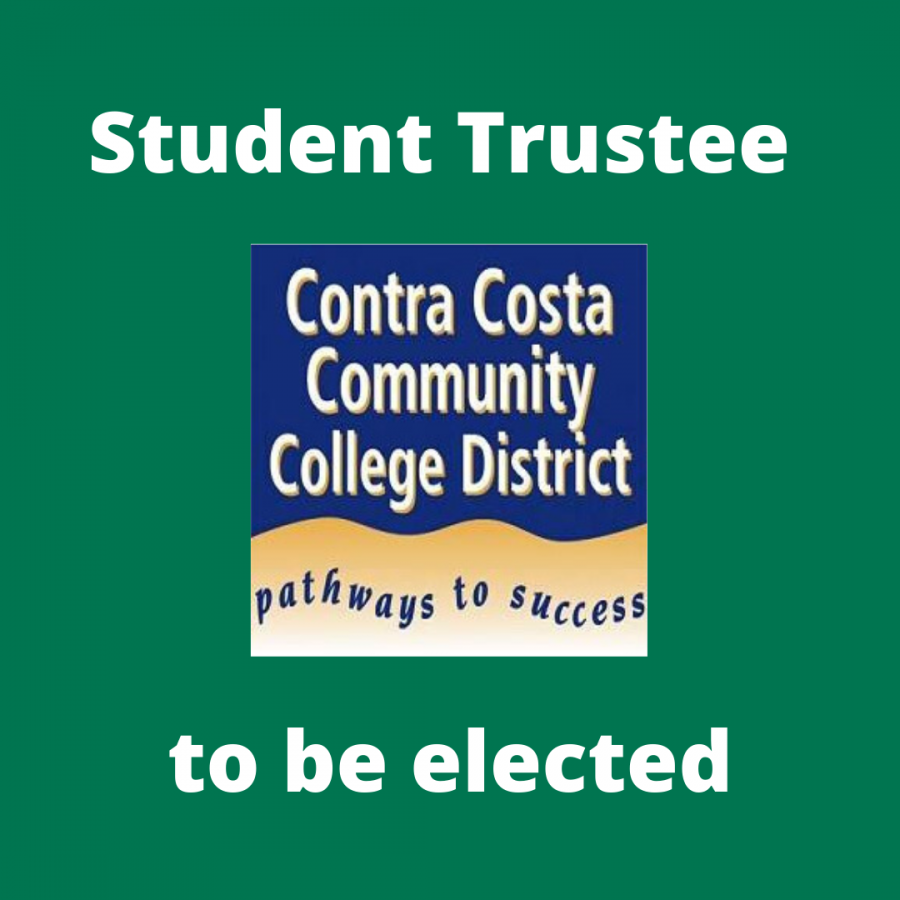 The Contra Costa Community College District is holding an election for their new student trustee through Thursday, May 7.

Students can vote through this SurveyMonkey link until 5 p.m. to choose who represents the students of the district.

According to the district’s website, a student trustee is a non-voting member of the Governing Board who represents the three colleges in the district for a one-year term. The current student trustee, Shreejal Luitel, is at the end of his term. As a result, elections are currently underway to fill his position.

The responsibilities of a student trustee include meeting with the Chancellor on a monthly basis to review the student government report, represent students’ views, ask for advice and receive guidance for planning.

Each year, every college within the district has a chance to represent the total student body. This year, it’s Diablo Valley College’s turn, but next year, Los Medanos College will take the reigns.

For this term, the candidates representing the district from DVC are Mingchi Shen, Mansu Kim and John Michaelson.

The first candidate, Shen, is a Computer Science major who was born and raised in Japan prior to moving here. He says he is driven to solve problems and believes creativity is important during trying times.

“Especially during the COVID-19 pandemic, all of our schools are shut down [and] we are forced to stay home everyday,” he said. “[It is important] for a student trustee to utilize his creativity to serve all the students in our district.”

The second candidate, Kim, is a Business Administration major with a history of being involved in many organizations across California, including student government. He believes that because he has represented students through government before, he can do it again.

“We have to reach out and constantly get the feedback and make our programs and resources  more valuable and be more approachable to the students of the whole body,” said Kim.

The third candidate, Michaelson, has served in multiple organizations within California. He believes a student trustee needs to have a willingness to confront issues facing students head-on and wants to address the material needs of the students and to prioritize that above all else.

“Having someone to be an advocate who is experienced with working with activist organizations experienced with listening to diverse needs of the population [is] paramount for our students to be able to have a real seat at the table at the district level,” said Michaelson.

A student trustee provides leadership to the Student Trustee Advisory Council which contains the Associated Student President from each college in the district, the ASU advisors and the Chancellor.

Trustees also keep the Governing Board up to date regarding what activities each student government is hosting every month by turning in a report of those actions at a monthly meeting.

The district governing board does not act like a city council or state legislature.

According to Gordon, “instead we are here more for a policy setting role and [a] kind of watch dog or oversight role.”

The Governing Board meets on the fourth Wednesday of each month from January to August and on the second Wednesday of the month through December.

The meetings are usually in the District Office Board Room but due to the COVID-19 pandemic, meetings are being held via Zoom.

The results of the election will be announced May 11 and the new student trustee will be presented to the Governing Board Wednesday, May 27.