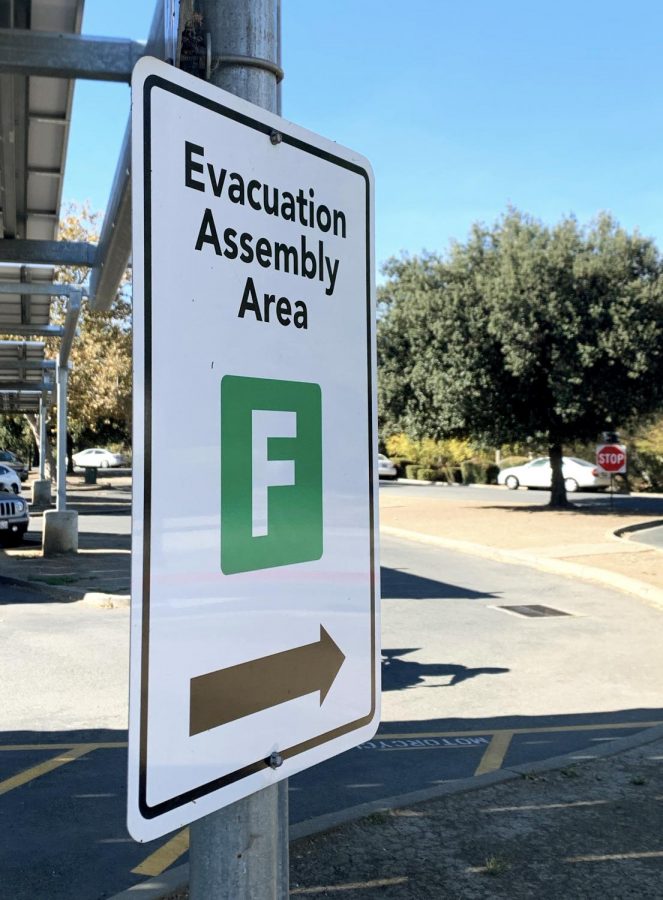 Head of the committee, Carlos Montoya, believes that it’s important to “keep people informed” about the issues of safety going on around campus. As a result of its operationalization, the committee can now take immediate action to solve these issues of security on campus.

The quick action of the Safety and Security Committee has already shown significant impact on the safety of students at LMC. There are now signs throughout campus labeling specific evacuation routes in the case of emergencies, such as fires.

Furthermore, they are planning on reinstating evacuation route maps and emergency preparation pamphlets in every classroom and office space on campus to educate students and staff about their options in case of emergency.

According to California Education Code 32001, “Every person and public officer managing, controlling, or in charge of any public, private, or parochial school, other than a two-year community college, shall cause the fire alarm signal to be sounded not less than once every calendar month…”

Despite the fact that it’s not required to practice fire drills in community colleges, both the Safety and Security Committee of LMC and the CCCCD Police Department have been actively working to educate students and faculty on proper evacuation protocol in case of a fire drill.

Not only is the committee working to raise awareness about fire drill protocol and evacuation routes, they are also training their staff and other faculty at LMC how to respond in situations such as shelter in place or lockdowns.

“Our job is too explain why we stay in rooms, leave rooms, or sometimes both in an emergency situation,” said CCCCDPD Lieutenant Chad Wehrmeister. “Our goal is to make resources available to everyone and conduct an active shooter awareness week every semester for emergency preparedness. The safety of our community is paramount.”

In order to improve upon campus security, the Safety and Security Committee also plans on implementing video cameras in all the parking lots on campus.

According to Lt. Wehrweister, LMC does “have existing cameras that cover small portions of the parking lots.”

But those existing video cameras face only the parking lot in front of the police building, rather than the back of Lots B and C, where it is the darkest at night and furthest from campus.

For this reason, Montoya and the rest of the committee intend on discussing the implementation of more cameras in the parking lots at future committee meetings.

While the Security at LMC is improving, it will take time to get new procedures and projects approved, so new video cameras and other projects should not be expected immediately.

Regardless, the student body is appreciative of the efforts being made to improve campus safety.