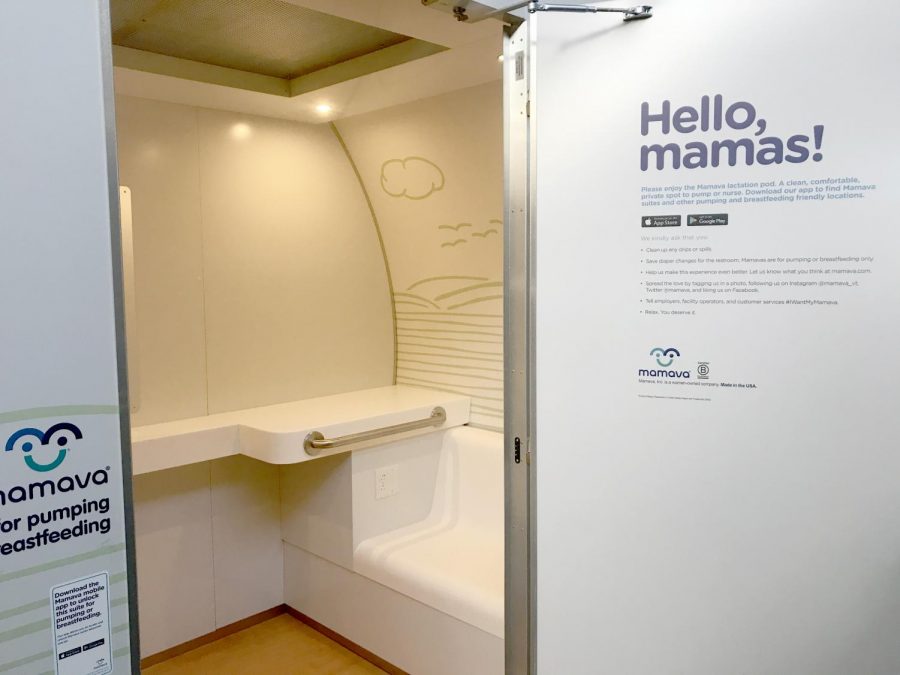 Mamava Lactation Pod will soon be open for use.

The opening of a lactation pod, located in CC3 beside the Student Service center introduced to the campus back in March, has been delayed for safety and privacy concerns.

“The delay started with the roof being a window, there were questions of visibility and privacy concerns,” said Los Medanos College Building and Grounds Administrative Assistant, Sheri Woltz.

According to the inside of the door, the Mamava pod is meant to be “a clean, comfortable, private spot to pump or nurse,” for students who need to be nursing.

The Mamava Lactation Pod, implemented for the aid of nursing mothers, have many amenities like; battery operated locks, air conditioning, lights, outlets and power streamed directly into them for mothers to pump in privacy.

The pod, costing $30,000 from the capital outlay funds for construction projects, was originally intended to be accessed through an app via smartphone and available on the Google Play and Apple app store. Soon after, concerns about mothers without smartphones arose and the team is currently working to combat the issue.

Carlos Montoya, Business Services Manager at LMC, addressed this concern and explained, “We want to make sure that mothers who need it are using it and that people aren’t using it wrong.”

Montoya has been working with campus police to ensure the safety and privacy for mothers who would be using the pods. Campus police have been going over ways to guarantee that the only people who have access to the area are those using it for its intended purpose.

“In addition, the delay has been extended due to turnover and new people working on the project reviewing policy and procedures. Once the review is complete, we will be able to create signage and open the pod,” said Woltz.

The battery powered lock died and there was a learning curve about how to fix that, and there was a window on the roof of the pod that anyone in the classroom above could peek into. That window has been covered up and the pods are being looked over to become ready in the coming months.

“The date of operation is still under review,” said Woltz.

To remain in accordance with California state law, LMC is building more lactation pods into the Student Union building and the new Brentwood campus.

“There are pods built in. The Student Union building, I believe, will have it on the second floor,” said Montoya.

While administration was working on this, former Los Medanos Associated Students president, Priscilla Tatmon worked alongside LMC president Bob Kratochvil and others to get this in the works because students were asking her if there was a place to breastfeed on campus.