Oakley walks out of darkness 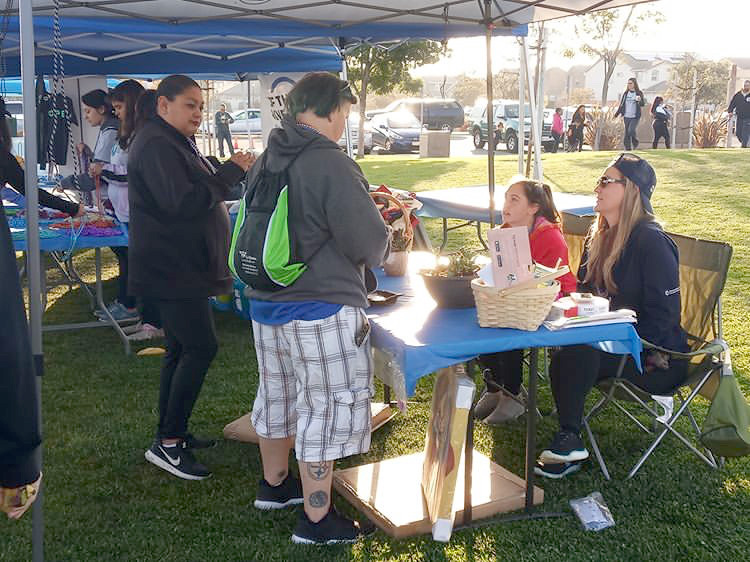 The feeling of losing someone to suicide is impossible to shake. The immense guilt and ultimate sadness you feel from your loved ones early end eats away at you, but they are not entirely gone. They live on through your memories so that you can finish their walk for them, even if they believed they couldn’t go on anymore.

The Oakley Walk, a sister event to the Out of the Darkness suicide prevention walk held in San Fransisco last month, took place at Cypress Grove Park in Oakley, Calif. Oct. 12 at 9 a.m. Participants gathered at the park for a three kilometer walk in support of raising awareness for mental health and to join the effort to raise funds that allow the American Foundation for Suicide Prevention (AFSP).

There were multiple booths and organizations that banded together to show support for the event and the participants attending. The overall goal was to spread mental health awareness and education in many schools, and provide funding for psychiatrists or classes that would educate students. The walk, now run by Benjamin Estes, also set the goal to raise $45,000 to prevent suicide.

The event raised money from selling wristbands that by color indicated how you were affected by suicide; white was for parents who had lost a child, red was for a signifigant other, gold was for a parent, orange was for a sibling, purple represented the death of a friend, silver represented the suicidal loss of the military and all first responders, green was for the survivors, blue signifyied a general support, and teal was a person who was close to a survivor. Other merchandise included T-shirts and water bottles that had in bold letters the word ‘HOPE.’

Every participant had been deeply affected by different circumstances, which brought them to this event.

Talisha Tolliver, who spoke with teary eyes, described the suicide of a student two weeks after their graduation and how she felt the loss directly through seeing the parents a year later, imagining them struggle through the aftermath of losing their beloved child.

This was her second time being at a suicide prevention event, as her first was in Southern California. She knew she was in the place she needed to be, standing for suicide provention.

This event brought many people together like those that endure, those that have lost and those who have struggled with suicide themselves.

Benjamin Estes a first year cordinator for the event, reminiced how he, in his high school years alone, had talked twenty people out of suicide based on his association to suicide prevention that made people feel more comfortable when approaching him.

Before becoming the lead coordinator, after the prior coordinator had moved, Estes has been a registration worker for the past four years.