Cars get a charge 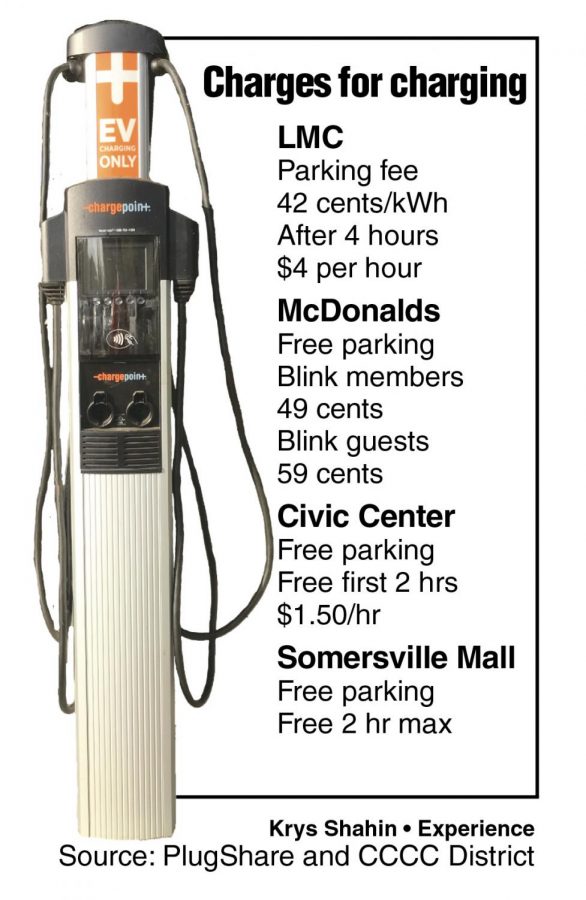 The electric vehicle charging stations in Parking Lot A of the Los Medanos College Pittsburg campus, which were originally expected to be completed within the first few weeks of school, are now expected to become operable before the end of October or November.

Although the construction of the charging stations in Lot A finished in September, PG&E has experienced delays the development of the infrastructure in a nearby community.

At one point, the delays were expected to extend as far ahead as February 2020. These delays occurred when workers from PG&E thought they didn’t have the parts required to complete the stations, and would have had to order them directly made for the E.V. stations.

However, the February delay was significantly reduced after PG&E was able to find the required parts. The stations are now expected to become fully operable before the end of October or November, or the end of the fall semester at the latest.

At this point in time, PG&E is waiting on one last transformer to finish their infrastructure work.

“I think it was expected,” said Russ Holt, Buildings & Grounds Manager, in regards to the wait.

As a result of the 18 new charging stations, faculty and metered spots in Parking Lot A were also displaced, leaving faculty upset about the shortage of staff parking spaces.

As it stands, the plan to return the faculty spots is to restripe the student parking spaces in the aisle adjacent to the charging stations, and implement 30-minute parking spots instead of the previously metered spots.

“It’s an important project for the campus, so we really support it,” said Carlos Montoya, Vice President of Business & Administrative Services.

The $0.42/kWh cost of charging has also raised some concerns in the community.

Nursing student John Barnaby said the prices are on the high side. Barnaby, who owns a Tesla, can charge for free at many places nearby.

“During the recent PG&E power outage last week I was able to charge through ChargePoint my Tesla Model 3 for two hours at $0 for 10 kWh at John Muir Walnut Creek Medical Center,” said Barnaby.

Even when charging at a Tesla Supercharger, which charges with Level 3 circuitry, Barnaby can charge for $0.28/kWh — two-thirds of the price at LMC. At its current price, Barnaby wouldn’t charge at LMC “unless it was an emergency.”

After four hours, users will be charged $4 per hour on campus. Comparing this rate to nearby charging stations, it is significantly more expensive. Users can charge for free at the Somersville Towne Center at Sonic Drive-In, and for less at other ChargePoint stations throughout Pittsburg.

Neither Holt nor Montoya, however, believe the costs are as high as they are specifically in order to capitalize unfairly on users.

The charging costs are still being assessed by the District Governing Council, and apply to all schools in the Contra Costa Community College District.