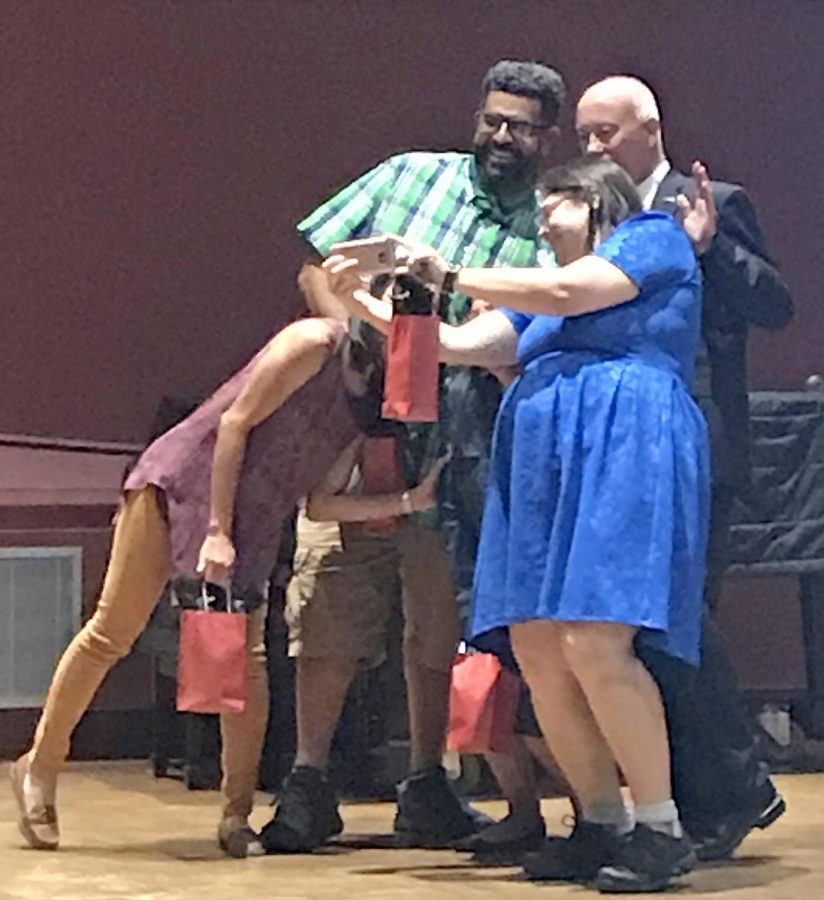 To prepare for school starting again, teachers and staff of Los Medanos College go through what they call “flex week.” A meeting was held on Aug. 23 for all faculty to receive announcements on new and old projects happening throughout the year.

One of the most important things that President Bob Kratochvil announced was, “both the Kinesiology and athletics complex and the student union are expected to be completed by the end of this term.”

Construction at the Brentwood center is moving at a fast pace and is expected to be completed by this time next year, fall 2020.

Breakfast was served to all the attending staff by EOPS student ambassadors at 8 a.m. Promptly at 8:30, the staff was ushered into the Recital Hall 720, where President Bob Kratochvil began singing “good morning” to everyone which prompted laughter and applause before everyone settled and the meeting began.

Events and clubs that were held from the previous semester, spring 2019, were recognized for their success and their effect on the students at LMC. These events consisted of; Cash for College, Sister Spit- a spoken word show held by the LGBTQ+ faculty staff caucus, a workshop on neuroscience, mindfulness and inclusive pedagogy, Keep Educating Yourself [KEY], and finally a student-life run event called “A Place to Talk,” which were sessions that provided safe spaces for students to share and learn after the tragic events of Sri Lanka, New Zealand, and Louisiana.

Rashaad McAlpine was recognized with a standing ovation and an award, being deemed “Classified Employee of the Year.”

Retiring Chancellor, Fred Wood began speaking about and praising LMC for the awards and records it broke this past semester.

“In 2018, LMC had the highest number transferring to UC and CSU’s ever and since 2007, there has been a 123% increase in our overall student population transferring,” said Wood.

With a budget as a large topic in reference to the new projects, Wood brought up that LMC was awarded a large sum of money to help students in CTE programs.

The event concluded with Kratochvil congratulating the newly tenured faculty and celebrating staff that has dedicated between 5 years to 45 years of service to LMC as a whole.