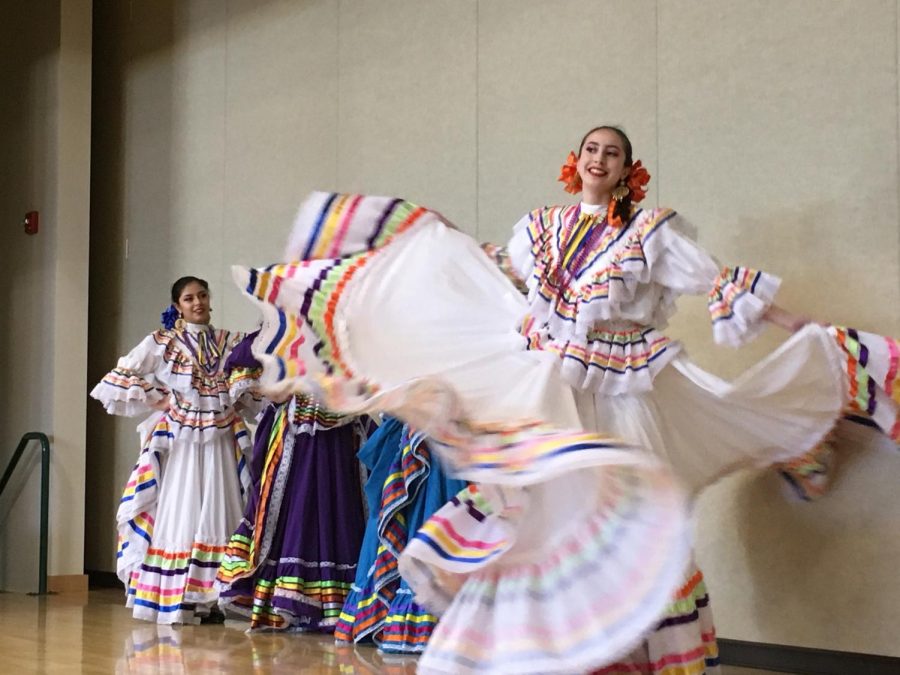 Caesar Chavez day was celebrated in Pittsburg with a march honoring both Chavez and Dolores Huerta. While the current political climate was a huge concern for the marchers, the majority of the energy was directed towards celebrating Mexican culture and the lives of Chavez and Huerta.

Roughly 50 marchers gathered outside Pittsburg’s civic center Saturday, March 31 with banners and flags emblazoned with the faces of both Chavez and Huerta along with the United Farm Workers insignia. Among the marchers was LMC student Alejandro Ruvalcaba.

Ruvalcaba spoke briefly before the crowd. Defending undocumented immigrants’ right to stay in the United States, “We are all immigrants,” he said, “Unless you can show me that you are of native blood, we all immigrated here.”

One of the event’s organizers, Paul Ramirez, addressed the crowd before the marching began.

“We may be a small group, but we are a strong one,” Ramirez said. “For each one of you here there are four or five who are here in spirit.”

Ramirez also expressed his happiness with the inclusion of Dolores Huerta in the event. Huerta, a labor leader and activist, cofounded the National Farmworkers association with Chavez and continues her activist endeavors to this day.

The crowd began to march to Marina Vista Elementary School where the celebration began. City of Pittsburg’s Housing specialist Lisa Vela marched towards the front of demonstration. Vela started many of the chants that drove the marchers forward calling out “Si se puede,” the slogan of the United Farm Workers.

Vela expressed dissatisfaction with the lack of young people at the event.

“Kids today aren’t political enough,” said Vela who then called out to some youth ahead of her, “Do you even know who Cesar Chavez is? Do you know what we are marching for?”

Vela’s energy helped carry the marchers to their destination. Before the presentations began, participants were provided a free lunch. The lunch consisted of tamales in a thick mole sauce with beans and tortillas. Ramirez playfully mentioned the importance of healthy eating by mentioning Chavez’s vegetarian diet.

The keynote speaker of the event was Heliodoro Moreno Jr. an immigration attorney, retired marine and recent recipient of LMC’s Cesar Chavez award for Exemplary Community Service. Moreno, discussed his history with his name and by extension, his culture and heritage in his speech.

“I used to dread the first day of school. Teachers could never pronounce my name — I was embarrassed,” said Moreno.“Everyone in high school just knew me as Jr.”

As Moreno grew more politically active, however, his view on his name changed.

“Do you know what my name means?” said Moreno. “It means son of gold. That’s pretty cool and if you can’t pronounce it it’s your problem, not mine.”

Moreno’s work also includes Future Leaders of America East Bay, a group that teaches academics along with leadership skills to LatinX youth. Moreno is himself an alumnus of the support program and spoke about the program’s importance not just to his education, but also to his political identity.

It was through this program Moreno began his transformation from a largely apolitical and middling, student to the philanthropic immigration attorney he is today.