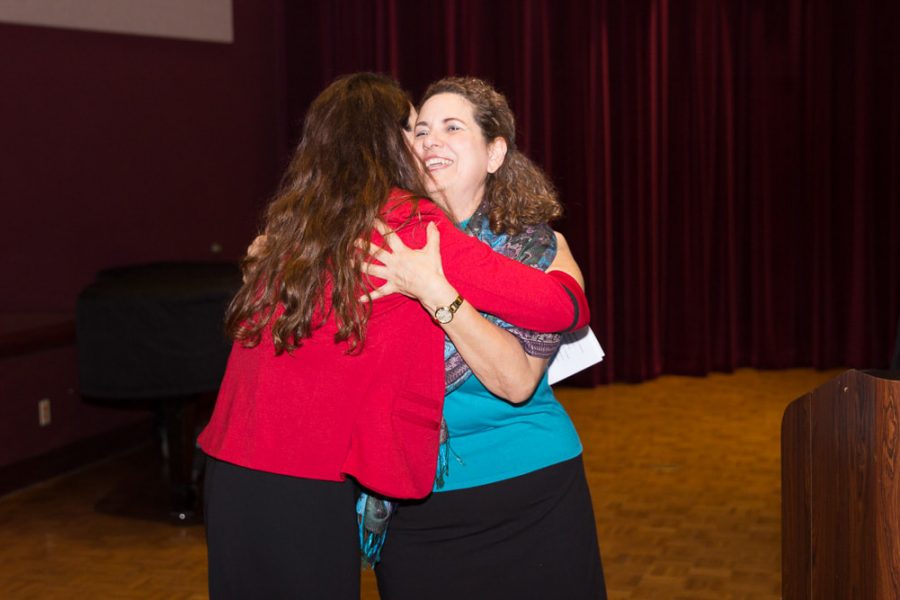 “Buenos noches and bienvenidos,” said Los Medanos President Bob Kratochvil. Kratochvil made a point to keep his statements brief and used the time to introduce the legislative staff and representatives in the room.

California state assemblyman Jim Frazier, was one such representative. Frazier took the time to share the importance of Chavez’s legacy to the community.

“One person can improve the life of countless others,” Frazier said. “We need to help parents and students cherish and preserve the ethnic cultural diversity that nourishes and strengthens this community.”

After a word from one of the founders of the celebration and former honoree Paul Ramirez, the 2018 honorees received their awards.

The Spirit Awards were first presented to a group of emerging community leaders.

Erika Cisneros, an LMC 4.0 student who dedicates her time to serving the homeless, was the first to receive the award.

“Thank you for giving value to stories like mine, because they spotlight that Dreamers are assets to this country too,” Cisneros said.

Eva Padilla, received the East County Educator award. As a a bilingual counselor at Antioch Middle School and adjunct faculty member in LMC’s Counseling Department, she also works to increase access to resources for under-represented groups.

“I am an example of receiving all the benefits of those who helped me believe in myself,” Moreno said about his support group. “Whenever you have a chance you need to give back.”

In memory of former César Chavez Award recipient Guillermo Muniz, who gave tremendously to the community, Tony Jimenez ended the celebration with the closing song “De Colores.” “De Colores” was one of Muniz’s favorite songs.