LMC stands as one 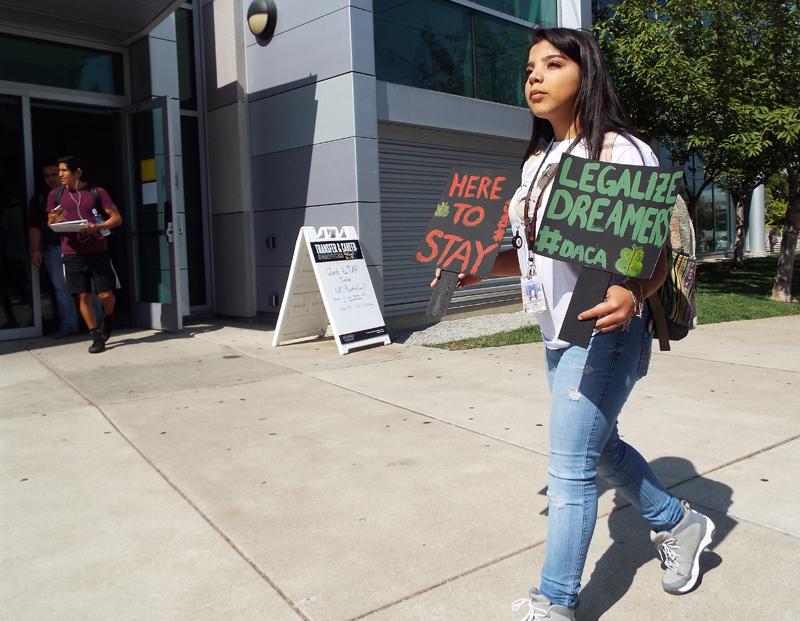 The president’s order will put an end to DACA in 6 months unless congress moves to replace or recreate the widely supported program.

The program allows people who illegally immigrated as children that meet certain criteria to get a Social Security number, and in some states, a driver’s license.

In response to the wildly popular program’s removal, the Contra Costa Community College District Director of Communications and Community Relations Timothy Leong put out a written statement on the matter.

Stacy Miller, the head of LMC’s Puente Program made it clear that DACA’s removal was a travesty.

“If you have never been political, now is the time to get political,” said Miller. She said that many people benefiting from DACA would be wary of showing up to protests for fear of deportation saying, “Everyone who is an ally, it is time to show up to the protests.”

Miller was hopeful for the program however, or another like it, to be reinstated, “the program does have bipartisan support,” she said.

“There is financial backing for undocumented students that could be taken away,” said Alexander. AGS was also passing out fliers in opposition to the removal of DACA.

Leong released a statement on the behalf of the district regarding the DACA decision.

“The Contra Costa Community College District denounces today’s Attorney General announcement of the Trump Administration’s action to rescind the Deferred Action for Childhood Arrivals program, and reaffirms its support of our ‘dreamer’ students,” stated the letter.

The statement went on to say, “Equity through diversity is one of the districts most defining values as it strives to provide for every student, regardless of race, gender, economic status, birthplace, or style of learning.

The inclusion of such big names in the school district makes it clear that the community college system in the East Bay opposes the removal of DACA.

With over 800,000 people benefiting from the opportunities that DACA provides and with around 25 percent of them being located in California, the removal of the bill could have profound and devastating effects for California and its community colleges.