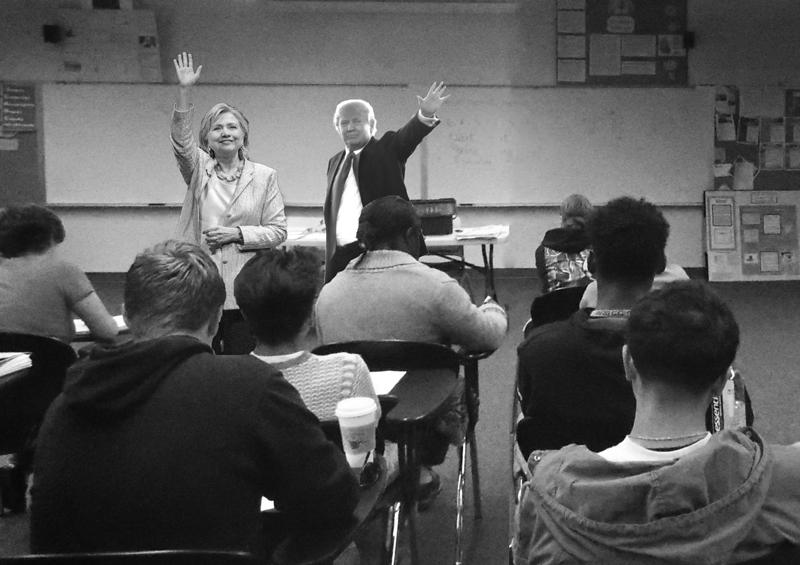 Candidates Hilary Clinton and Donald Trump dropped into an LMC class via the techniques of Photoshop.