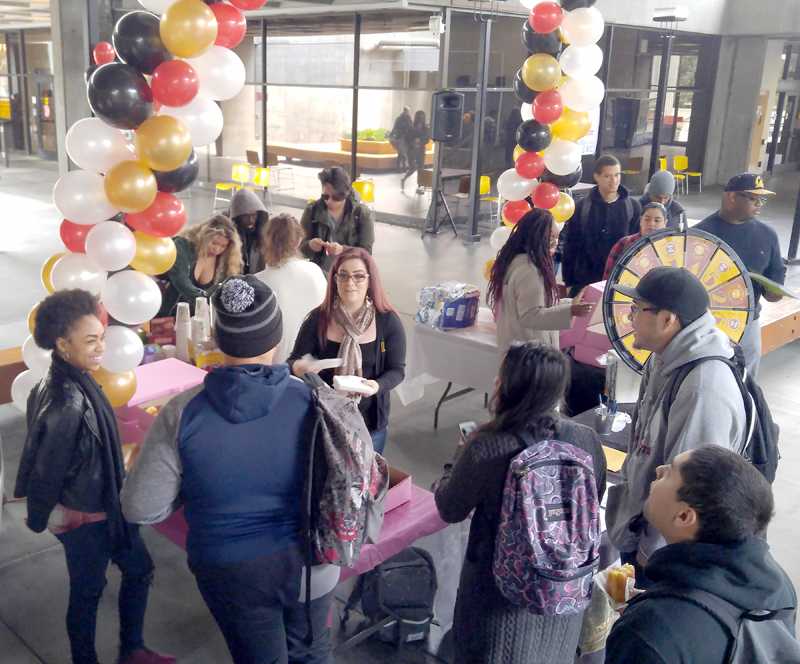 Two staff were hired over winter break to operate the Office of Student Life following the departure of its employees last semester.

“We are currently in the process of recruitment for a permanent replacement in Student Life for Jamila Stewart who recently transferred to a coordination position with the Umoja Scholars Program,” said Los Medanos College Dean of Student Success Dave Belman. “We anticipate filling the position sometime in early March.”

Lawrence, said Belman, is on “interim assignment” at one of LMC’s sister colleges, Diablo Valley College, in the capacity of Student Life Manager.

Nickelson-Shanks was hired to fill-in during Lawrence’s absence through December until a permanent staff member can be hired.

He spent three years at the other sister college, Contra Costa College as a member of the “Gateway to College Program,” this according to an email announcing the new hires.

He noted that while he is new to the Student Life scene here at LMC, he was involved in the same activities at his high school.

As for Rodriguez’s assignment, it is slated to last just until March, when a permanent staffer can be found, according to Belman.

“I have so many new ideas,” she said about her appointment. “I can’t tell you any though, it’s a surprise.”

She hopes her experiences as a former student will help the department with connecting to students on a deeper level.

Using a mindset of “what would be fun for us,” she has plans to revamp many of the existing activities that Student Life has previously held.

The event was held to welcome new and returning students to campus after the winter break.

Debbie Baskin, a financial aid assistant at LMC, said that the event was larger than usual. “The free hot dogs never hurt,” she joked.

“It’s fun,” said LMC President Bob Kratochvil, who handed out free hot dogs to attendees. He said that holding the event in the Indoor Quad, instead of the Outdoor Quad, made it more intimate.

Nickelson-Shanks said that while he and Rodriguez are a team, he gives her all the credit; that she made it all happen.

“We have the best jobs ever,” she said. “We get to put on a lot of events all the time.”

This new job is just one of the many Rodriguez has had at LMC over the past seven years, said the release. An alumna of LMC, Rodriguez has previously worked in Workforce Development and Admissions and Records.

Stewart, who began this semester as a coordinator for the Umoja Scholars, will continue to serve as adviser to the Los Medanos College Associated Students senate, one of the three senates at LMC.

“This is in an effort to maintain continuity for the LMCAS Senate,” said Belman. “Once we have the permanent hiring process completed we will begin the process of transitioning LMCAS advising to the Student Life staff.”

Both staffers are preparing for achievement in higher education. Rodriguez is planning to transfer to CSU East Bay in the fall to pursue a bachelor’s degree, while Nickelson-Shanks is planning to attend Mills College to enter the Masters program in Educational Leadership.

To contact Nickelson-Shanks or Rodriguez, call 473-7552 and 473-7553, respectively. You can also visit their office in the Student Life building, located adjacent to the Child Care Center.

Alexandra Riva and Cassandra Dickman contributed to this report.