Learning from the real world 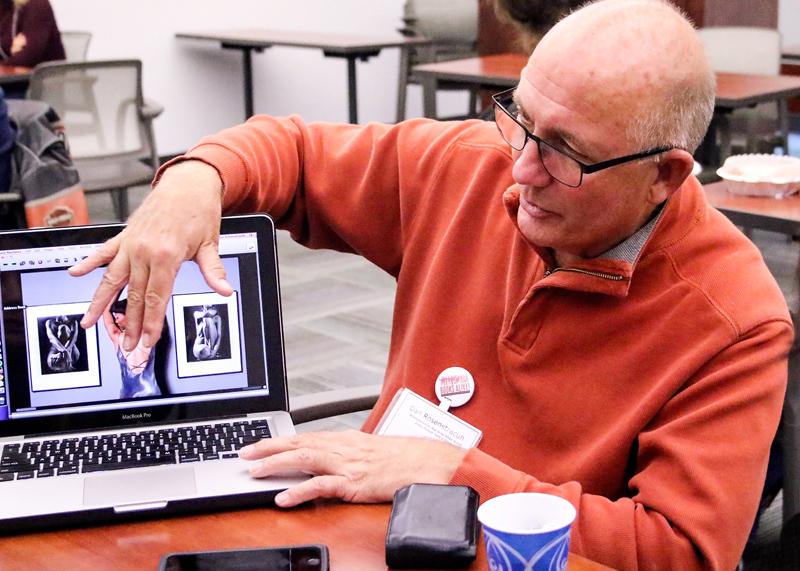 “I like the whole idea of a person being a book,” said Helen Benjamin, chancellor of the Contra Costa Community College District, during the Books Alive! event at Los Medanos College Wednesday, Nov. 11.

Benjamin was one of many ‘books’ at the event, entitled ‘Keeping it Moving.’

“I’m really excited about being here today. I like being around students,” said Benjamin as she gave out advice and shared her story with students who asked to ‘check her out’ for 15 minutes increments before ‘reading’ other books.

Returning books Barbara Cella and Dan Rosenstrauch were available to rent, as were many first timers like Ivan Elizondo and Justin Stottlenyer from DOW Chemical.

“I’m after the inspiration,” said Elizondo.

Similarly, Stottlenyer was free to choose his career path and never felt pressured to become a chemical engineer.

“In high school I took chemistry. I liked chemistry, but didn’t want to work in a lab,” said Stottlenyer, who attended the University of Southern Florida. He then moved to Pittsburg to work for DOW Chemical.

“I would have a hard time working anywhere else,” said Stottlenyer about his job of over a year.

Aside from Elizondo and Stottlenyer, students could talk books from other careers and walks of life.

“When I turned 17, my parents walked me over to the front door, candles still burning on my cake and said, ‘One year from now, you walk out a man, and you don’t come back,’” said Gardner about his path to eventually joining the Air Force.

Gardner explained that his parents weren’t bad people but “that’s just the way it was then.” After the Air Force, Gardner went on to become a Police Lieutenant and Principal of DVHS. He says that “leadership is a common theme in all of his jobs” past and present.

Students circulated the room stopping to hear what books had to say and, some, even had lists of prepared questions for the ‘books.’

Like LMC students, the ages of the books were all across the board, adding a level of relate ability to the unique event. Food and drinks were offered to the partcipants and students at the event, which helped to make the conversations flow and ease nerves.

“I would definitely come back,” said Elizondo with a smile.