Club to be chartered in coming weeks 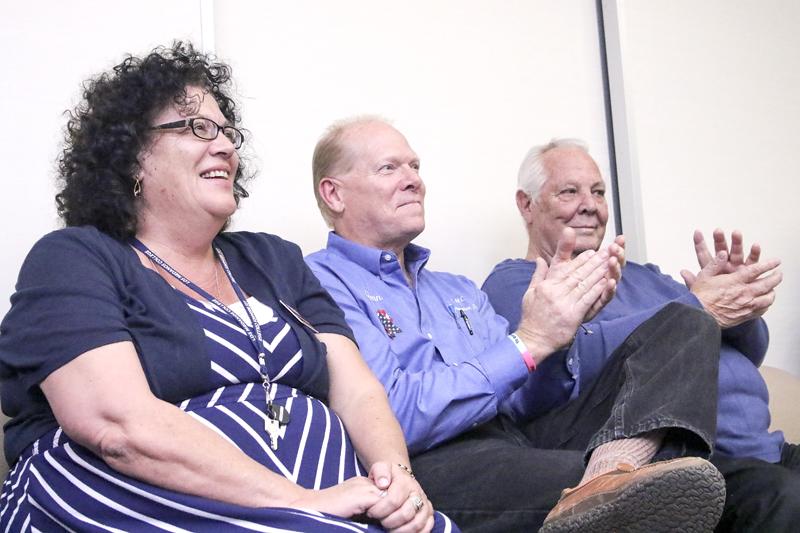 The Veterans Club announced in a Nov. 4 meeting it will officially be chartered soon, after years of trying to make an official club. This announcement came just in time for a series of events held in honor of Veterans Day.

About 35 veterans were at the meeting, which was the largest amount of people to gather for the club.

Turner has been at LMC for a while and has been trying to get the Veterans Club running successfully.

“I’ve been here for almost 10 years. My passion, Tenille and everyone else who knows me, has been with veterans here,” said Turner.

There were some problems with getting the Veterans Club started in the past.

“The biggest challenge I would say would be the unintentional lack of urgency of the part of the campus in recognizing the need for an organized veterans oriented club,” said Turner. “Another challenge encountered through the years was the inability to mobilize our student vets population into forming a club.

This lack of internal unsustainability contributed to the lack of an organized veterans presence on campus.”

The center will include counseling services, peer tutoring, computers and space for veteran students to hang out.

The goal of the club is to support veterans and their dependents while also bringing awareness of the unique struggles they frequently face.

Now that the club is going to become official the members hope to host many events.

“We have some really exciting things in the works. The club officers and I have been networking with numerous organizations,” said Justin Kerns, president of the Veterans Club. “We feel that, with their assistance, we will be able to offer a dynamic range of information, services, and activities to make the LMC Veterans Club a truly valuable resource to our members and the campus/surrounding community as a whole.”

“I joined the LMC Veterans Club because I have seen veterans clubs at other colleges and universities create a very strong veterans community and improve the availability of information and services for veterans at those institutions.” said Kerns. “I would love to see that type of impact right here at LMC.”

The club is currently working on finishing their constitution and will be chartered in upcoming weeks.

“We had a great attendance at our initial meeting and we are planning to hit the ground running in order to maintain this momentum,” said Kerns.

Starting Nov. 18, the meetings will be every other Wednesday at 1 p.m. in Room 365 on the third floor of the College Complex. The Executive Committee will make an effort to have informative speakers, food and refreshments at every meeting.

“I am humbled and honored to once again serve as club advisor. It has been a long journey from where we started years ago to where we are now.  But based on the interest and sheer energy emitted at our initial meeting, I see nothing but great things happening with this club,” said Turner.

Some veterans activities happened Nov. 10-11 that included honoring veterans and providing them with a lunch.

The first event was Veterans Day Observance Nov. 10, hosted by LMC President Bob Kratochvil. A small group of faculty, staff, students and local veterans gathered on the front patio of the Student Services to honor veterans.

There were moments of silence to show respect and two guest speakers spoke about their experiences as veterans. The first speaker was Anthony Amador, an LMC student and vice president of the Veterans Club. Amador had served in the United States Navy.

The second speaker was Major. Dale Cook, a retired veteran from the United States Marine Corps and an Iwo Jima survivor. He talked about his experience when he was in World War II.

“It was an honor having Mr. Cook, a World War 2 veteran who served at such a significant battle as Iwo Jima come to the campus to talk about his experience,” said Kratochvil. “Fewer and fewer World War 2 veterans are living, and it was a tremendous privilege to have him on our campus to speak.”

On Nov. 11 at 11:30 a.m., the Honors Club hosted a veteran’s pizza lunch for veterans to stop by and eat. Later that day, the Contra Costa Community College District recognized veterans, including district employees, prior to its monthly meeting.

The district also recognized Veteran Center supporters at each of the three colleges including The Sentinels of Freedom, the David and Cheryl Duffield Foundation, Lennar Urban and PG&E.

The Sentinels of Freedom, a nationally known non-profit organization that serves veterans, was recognized with contributing $75,000 to the district to fund the Veterans Center at each of the three community colleges.

“The [LMC] Veterans Resource Center space has been designated, planning for the interior space is underway, said Kratochvil, “and it is expected to be open for our student veterans in the spring 2016 semester.”