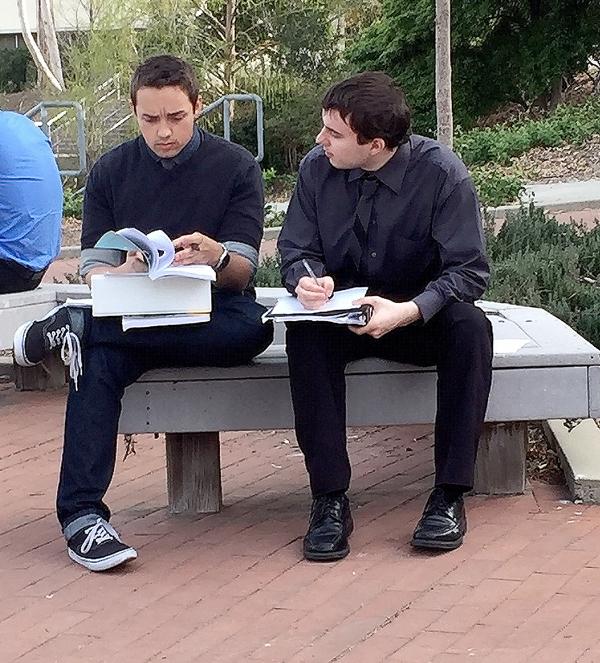 The Los Medanos College Debate Team returned from a debate March 28 and 29 in Cal Poly San Louis Obispo after one of its strongest performances to date.

Despite being the only community college present at the tournament, the LMC Debate Team ranked well in the pack, with a group of students having been eliminated by only two points.

“They were competing against juniors and seniors from four-year universities,” said debate coach Dave Zimny. “I think we’re at the point where we’ll be beating these competitors soon, that’s just how hard the team has been working.”

While the tournament was invaluable preparation for the veteran debaters, it was a learning experience for the novice members of the team as well.

“It was quite a challenge,” said debate coach Kasey Gardner. The team brought a total of 18 competitors to the tournament. “It was the most students we’ve taken in my four years coaching at LMC,” added Gardner.

The debate itself featured some interesting topics, including a debate on whether or not it would be preferable to be a zombie or a human in the zombie apocalypse. “Not everyone enjoyed that debate,” said veteran debater Dylan Melowitz with a chuckle. “We managed to win that round,” he added.

The team is heading out for the national competition in Anchorage, Alaska this weekend, taking 10 students and two coaches. “I think we have a real shot at contending,” Melowitz said, adding, “[We] were only two points away from the elimination rounds.”

Gardner also added that LMC will be a nationally ranked school in Worlds format after the competition. “The students have been working hard. I’m hopeful that we have a good showing,” he said.

The national tournament is set to occur this weekend starting Saturday with the final rounds taking place Monday.