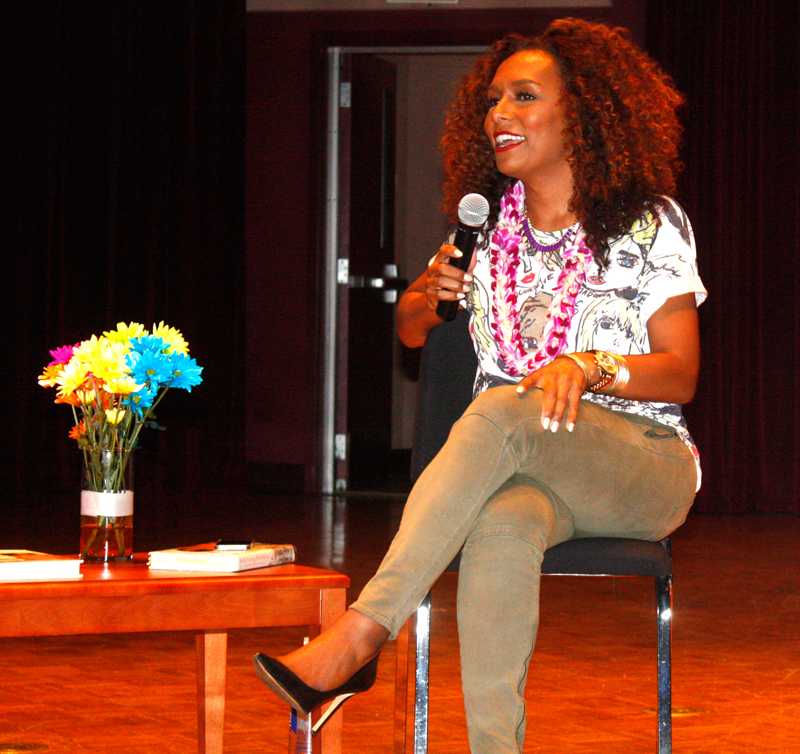 The Recital Hall was filled with more than 100 people all devoted to celebrating differences at the Elevating Diversity conference Sept. 13 at Los Medanos College.

LMCAS President Gary Walker dubbed the conference “history in the making” for focusing on gender and sexual identity. Walker and other Associated Students officers and Student Life staff wandered throughout the Recital Hall reservation area smiling, shaking hands and getting people registered for the event, a first of its kind at LMC. Their goal was to create a warm, welcoming atmosphere and a safe environment for attendees.

“I think diversity is … a very important dynamic for LMC,” said Walker, who emphasized that multicultural learning benefits society.

“The Elevating Diversity conference came about because actually I made a New Year’s resolution that I wanted to read a book,” said Walker. “One night I was cooking … I had CNN on and I like, flipped the TV and Janet Mock was on Piers Morgan.”

Mock is a New York Times bestselling author who wrote “Redefining Realness: My Path to Womanhood, Identity, Love & So Much More.”

That televised appearance got Walker’s wheels turning and the idea for the conference was born.

The afternoon conference featured workshops, intriguing speeches and even a discussion with Mock herself. Attendees were also treated to lunch, snacks and other refreshments.

To build a different mindset around issues of gender, Walker said that LMC’s men’s and women’s restrooms were made gender neutral for the day.

Student Life Coordinator Carla Rosas opened the conference explaining, “The topic of diversity is one that impact us on a variety of levels.”

Pat Cordova-Goff, who played baseball for 13 years as a boy, spoke about her struggles of trying to get on the Citrus College baseball team as a transgendered woman, and of her path toward recognizing her own sexual identity. She had come out in her sophomore year of high school to supportive parents. Cordova-Goff was also accepted by her classmates as transgender “but not transgendered enough” so she was unable to fulfill her dream of becoming homecoming queen.

During the workshop, “Favorite ‘F’ Word: Feminism in Modern Society,” LMCAS Senator Brianna Klipp and Professor Kasey Calahane discussed the three waves of feminism; women’s suffrage beginning in the 1840s and ending around 1920 with the right to vote; social injustices and legal inequalities in the 1960s; and the reaction in the 1990s to the second wave of feminism with a more global and multicultural approach. The speakers also showed a video about how the media have failed women by focusing on body image and treating them as sex objects.

When Mock entered the Recital Hall toward the end of the day, Alicia Key’s “Girl On Fire” was playing and the crowd gave her a standing ovation. The Q&A discussion that followed was expressive, especially when she discussed her #girlslikeus hash tag. When she spoke about her book, she held nothing back.

“I’m not hiding myself,” she said “to be a writer has been a dream come true for me.”

Her book tackles her life and she said the story published in Marie Claire about her, “I Was Born a Boy,” was the first step to acknowledging her true identity.

“I knew it was a good way to connect with trans women,” Mock said. “My voice and experience matters and I want my voice to be heard.”

Before her formal presentation, speaker Nicole Dupree, a transgendered retail manager at MAC cosmetics, underscored the importance of diversity and the necessity of respect, not only from others but also from yourself.

“You have to, at the end of the day, love yourself,” Dupree said. “Why would I confirm to what you want me to be but yet still, I’m looking in the mirror and I’m hating who’s looking back at me?”