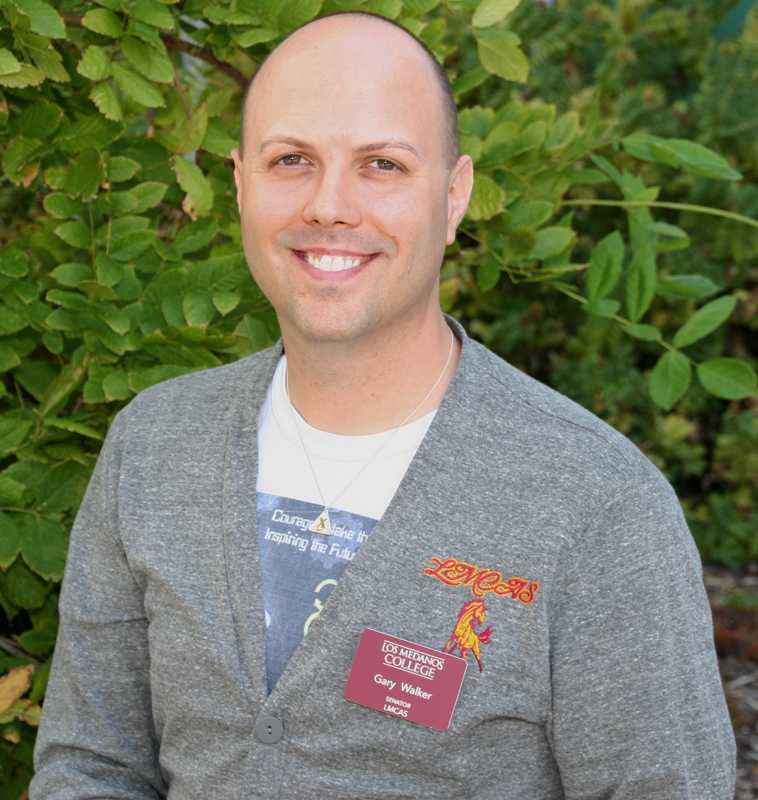 Newly elected Los Medanos College Associated Students, LMCAS, President Gary Walker has stepped up to the challenge of being a part of the student government at Los Medanos College. The goal of which is to voice concerns of others and try to be fair to everyone.
Walker started at LMC in Fall 2011 and in May 2013 received his Associates of Arts degree. This semester he is enrolled in life learning courses such as Spanish and LGBT Studies.
Originally from Upstate New York, he made his way to San Francisco via North Carolina and made a name for himself in the cosmetics industry.
LMC is dear to his heart because of the family feeling on campus between faculty and students. On any given day you might run into one of the deans or even LMC President Bob Kratochvil, who often walks around campus checking in with students.
Walker is a busy guy, working full time in the cosmetics industry while still taking classes, but feels strongly about speaking for those who may not otherwise have a voice.
“I liked working with Gary on the Mock committee,” said Candice Tidwell, the new LMCAS Vice President adding, “I think being president is the perfect role for him, he wants to make sure things get done.”
One of his first projects as President is to bring author and advocate Janet Mock to LMC for a conference on September 13, in hopes of educating and inspiring others on the diversity in the college community as well as in surrounding areas.
Walker feels like this semester is ready to roll. “We have our Elevating Diversity Conference with Janet Mock, The drama department is putting on Rent in December and the LGBT studies class has started, which is packed by the way.”
On top of his emcee duties for the conference Walker would like to do a 30-minute workshop or group panel on why certain controversial terms should be eliminated he’s called “Importance of Eliminating Derogatory Language in Our Society.”
His excitement is evident and mounts as he speaks about his plans for LMC; Walker is an outspoken yet quiet man who has a ready smile and cheerful greeting for everyone. He is ready to listen to the concerns of everyone on campus.
He hopes to sit down with the other LMCAS members and set goals for the coming semesters. Walker is willing to listen to any concerns or other input from students, his email is [email protected] More information on LMCAS and their meetings can be found at http://www.losmedanos.edu/Groups/lmcas/default.asp.
“They say save the best for last.” Walker stated adding, “But I say only the brave go first.”