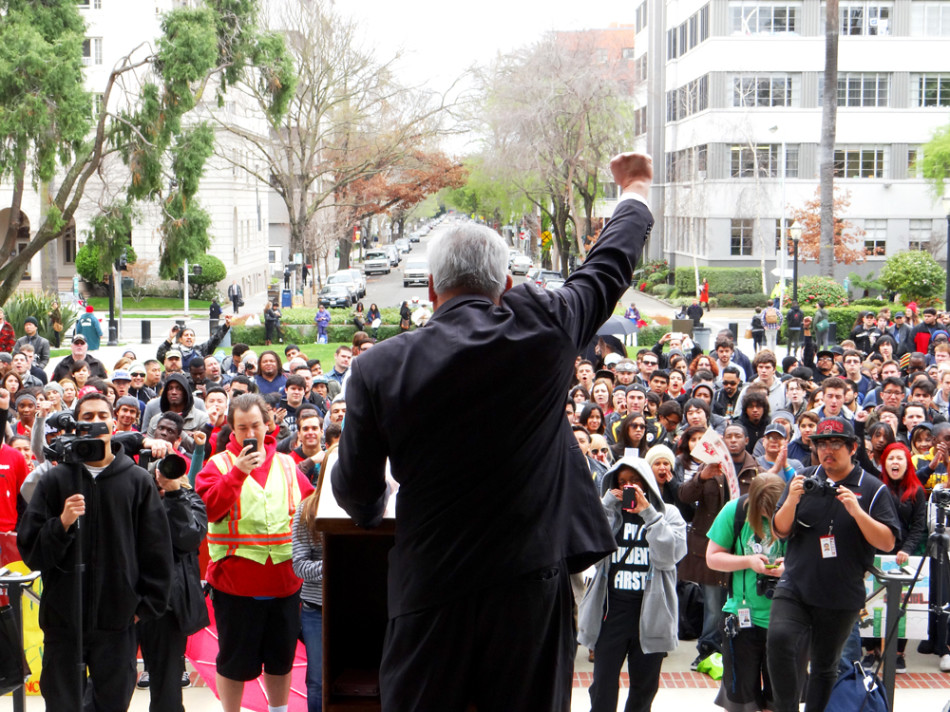 The annual March in March at the state capitol Monday saw hundreds of students from community colleges throughout California march in protest to the rising costs of education.

The march is a way for students to loudly voice their opinions about the gradual unattainability of degrees or transferability due to tuition fees, the cost of the classes, and the lack of availability of classes that students need in order to graduate or transfer.

The on-and-off rain and inclement weather did not dismay the students from making their voices heard.

With signs abound and chants ringing in the air, students marched from Raley Field through the Tower Bridge to the California State Capitol building rally site where speakers such as Region IV Chair and Student Body President of San Jose City College Alex Ward and California Assembly member Rocky Chávez encouraged the crowd to keep fighting for their education.

After the speakers at the rally site, students were able to enter the capitol and talk with state legislators about the education topics at hand.