Five-year plan is in the works

Diagramming out the future 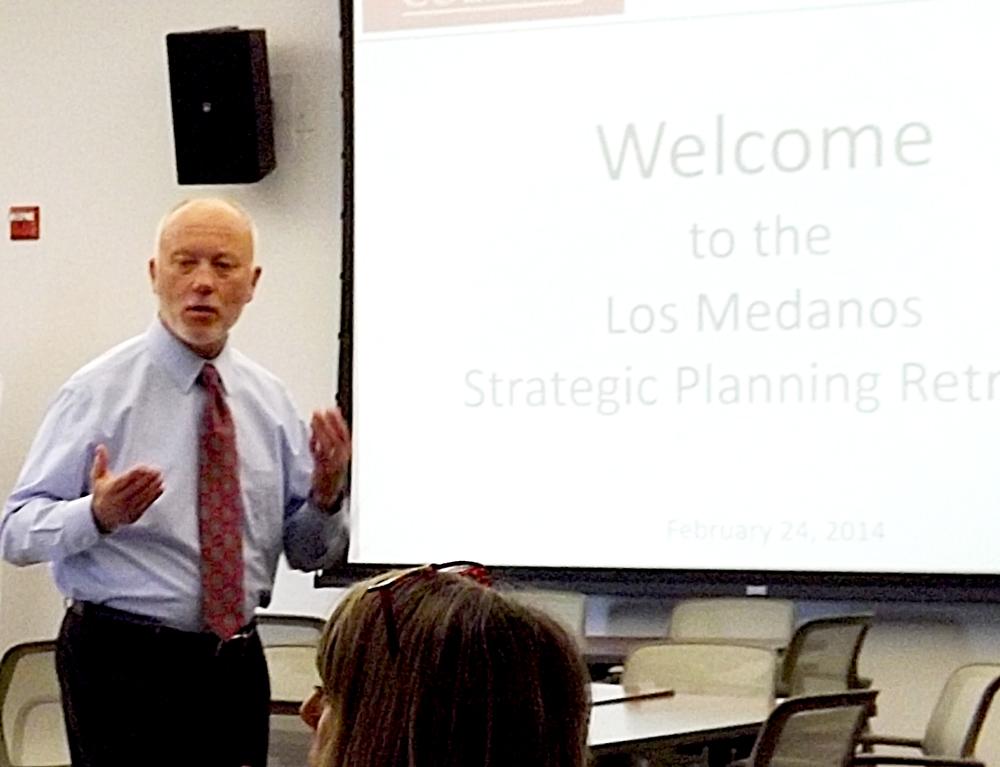 Members of the LMC community met on Monday, Feb. 23 to discuss the future of Los Medanos College at the Strategic Planning Retreat.

The retreat, the first in a series of three, was formed to use knowledge and ideas from the faculty and students to produce a relevant and inspiring 5-year plan for LMC.

Listed as the LMC Strategic Planning Process, the event helped to identify areas that may benefit in the future with careful consideration and planning. The goal, according to Los Medanos College President Bob Kratochvil, is for the plan to be “fully vetted by the time the faculty leaves before graduation.”

The timeline for this project is ambitious, with Kratochvil calling it an “accelerated process.” The college district completed their plans in just a few months. LMC is looking to do the same, shooting for a mid-to-late April deadline to get the proposed plan to the Academic Senate, LMC Associated Students and to the Classified Senate.

Gregory Stoup, Senior Dean of Research and Planning for the district, commented that processes like these are “hard to get done in a year,” much less 4 to 5 months.

Library Director Christina Goff found the meeting to be “successful” while Rosa Armendariz, project director for HSI grants, said she “got more out of it than she thought she would.”

Both Armendariz and Goff felt that the topic of professional development was highlighted appropriately, with the former calling it a “timely” discussion.

Dean of Liberal Arts Nancy Ybarra said in a statement, “it is exciting that a consensus is emerging around the need for a comprehensive professional learning program at LMC.”

Kratochvil was “pleased by the number of participants,” which was around 75. Those who attended were split into random groups to discuss topics together and to report out to the entire room.

The grouping style helped to get groups of people with different viewpoints and skill levels together for a diverse and productive discussion.

Kratochvil said that he is hoping for a larger turnout for the community retreat, with 300 email invitations sent out and 30 RSVP’s so far, there is potential for nearly 400 people to be in attendance.

The second retreat planned is to be followed by a campus-wide survey related to topics discussed in both previous retreats.