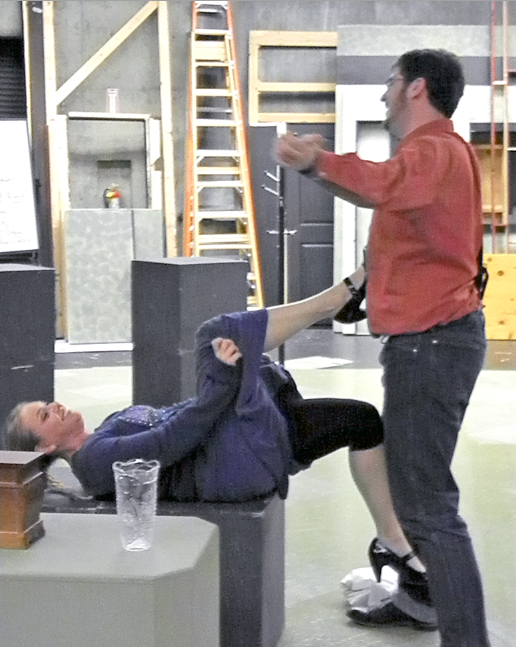 LMC students who look forward to careers in dramatic arts have at least a few things to be excited about.

For starters, there is the new AA-T transfer degree in Theatre Arts for a smooth transfer to a CSU.

Art Instructional Aide Eric Sanchez said the Drama Department also has plans for a bunch of facilities upgrades, from new lights, sound and multimedia equipment, to new couches in the green room.

For 17 of LMC’s theatre-junkies, there is the Kennedy Center American College Theatre Festival in Sacramento (KCACTF) which begins on Feb. 18.

Azizi and Drama Department chief Nick Garcia attended last Monday’s LMCAS meeting where they got the official O.K. for an $8,000 grant to help with the costs of attending the festival.

“We have a very small budget, but we have so much student and institutional suport,” Garcia said. “We would not be able to go without the help of LMCAS.”

“Students from all over the world come to this event,” Azizi said. “We’re the only community college besides DVC that is going.”

Mario Castillo and Claudia Vasquez, who are both going to KACACF for the first time this year, were also in the greenroom last Wednesday.

Castillo was busy rehearsing a 90 second monologue he plans to perform as part of a competition at the festival. Vasquez sat at a table only a yard or two away from Castillo typing a resume to submit for participation in the same competition.

“We granted $8000 dollars,” Deborah Van Eckhardt, LMCAS vice president said. Whatever they don’t use they have to give back.”