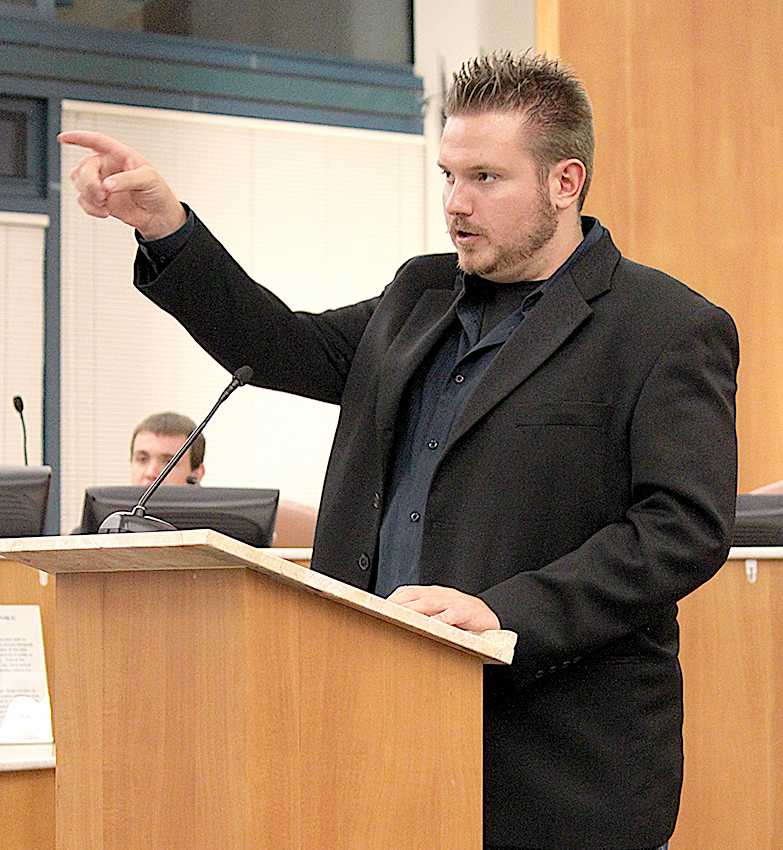 That question was debated by students from LMC’s Debate Team in Pittsburg’s City Council Chambers on the night of Oct 24.

“The best way to understand these complicated issues is through an all out clash of ideas,” Professor Dave Zimny said in his introduction to the debate. “That’s one of the lessons our debate coach Kasey Gardner teaches our team, that debate sharpens understanding.”

Zimny gave some background information on proposition 30 and prop 38, two propositions which he said are “joined at the hip.” Both measures involve different tax increases, and both will affect public education in different ways.

“California faces a shortfall of about six billion dollars this year,” Zimny said. “Proposition 30 is an attempt to close that shortfall this year and balance the budget in future years.”

protection account… one of many accounts in the state general fund. That does mean that a substantial amount of the funds could be used for purposes besides education,” Zimny said. “If prop 30 fails 5.4 billion dollars to be automatically cut from this years budget, with 4.8 billion falling on K-12 and community colleges.”

Zimny said proposition 38 is designed to increase funding K-12 schools and childhood development programs and also provide some relief to the state budget.

“Proposition 30 would increase state income tax on a sliding scale for most taxpayers, not just high income ones, but it would not increase the sales tax. The increased revenue from prop 38 would be put into a special account that’s not part of the general fund, with most of the money spent to increased funding for k-12 schools,” Zimny said.

Six debaters each had seven minutes to argue, with three arguing in favor of Proposition 30, and three in opposition.
In her opening arguments for the affirmative team, Cynthia Shepherd told a personal story about a lottery she was in for enrollment in Zimny’s political science class.

“Last semester I had to pick a number out of ten between nine other students to get a political science class. Now we have to raffle and lottery off these classes, this is a general ed required class… it shows how much these classes aren’t being offered. By adding more funding by passing prop 30 were going to fund schools again.”

Denzel King who argued in opposition, said that without prop 30, California is the most highly taxed state, and that the eleven percent of the funds generated by the measure would not be enough to save education.

“There’s no reforms that actually indicate where money is going to go to, we don’t really have any guarantee of what its going to go to, whether it’s rehiring teachers or shrinking class sizes or whether or not it’s going to go towards pensions as they stated earlier.” King said.

Audience participation during the debate was limited to tapping, not clapping, for arguments they agree with, as in the British Parlimentary tradition. Tapping by the audience was mostly, but not exclusively on the side of the affirmative team.

Honors Program Director Jennifer Saito estimated that 100 people showed up for the debate. Professor Scott Cabral, who attended the event, said it was the first live debate he’s seen.

“It was impressive, I encourage all students to get involved in this,” Cabral said.