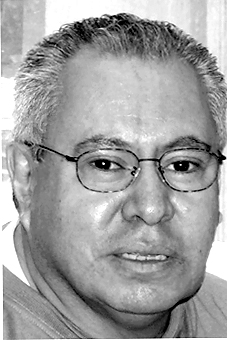 After a long struggle with cancer, retired English professor Pablo Gonzalez passed away on July 31 .

The Los Medanos College faculty and staff were devastated upon hearing news of his passing last Tuesday in an email sent by LMC retiree president Richard Livingston.

“He was very active in the life of the college and was crucial in the establishment of our Puente program,” said Livingston.

During his life as an English professor, Gonzalez was the coordinator and “founding father,” instrumental in bringing the Puente problem in the mid-1980s. He was the organizer for the AVANCE program at LMC.

In his acceptance comments, Gonzalez stated that his philosophy – and ultimately his commitment – was that students come first.

English Professor Nancy Ybarra, who has taught since 1980, believes it was his “complete and utter dedication” and “150% commitment” to his students that made him the passionate professor that his students and faculty knew him for.

His student’s success was his highest priority. He would encourage and motivate every one of them by saying, “Si, se puede,” or “Yes, you can!” in English.

According to Ybarra, he was also “particular to students that needed to take the basic skills in college.”

His premise in education was that a college classroom can be “a community of friends who learn from each other,” and that “teachers are [the] resources setting the stage for positive classroom communities.”

“He was real, he always laughed with students,” said counselor Marco Godinez, who has Gonzalez as an English instructor when he was a student in the early 1990s.

What made Gonzalez so unusual apart from most of the faculty was the wide fan-base he gained from the students he taught. Faculty members would always notice the long lines emitting from the constantly open doors to his office, as if he was a nation-wide celebrity.

“Every student would come by and see him, and gave him thanks for what he did for them [as an instructor], no matter what [grade] they got in his class,” said Yeong.

“He [always] made time, he never shied anyone away, he was approachable and gave salutations to his students. He really loved his job,” said Godinez.

“[Pablo was] a good friend of mine, he was really the first friend I had in the 20+ years I’ve been here [at LMC],” said a heartbroken English Professor Michael Yeong, who has been teaching since the 1990s.

He tearfully reminisced the first day he started working at LMC. He was invited to dinner that night at a local Silvia’s restaurant in Pittsburg. Considering it a good gesture, he considered Gonzalez “the first person to really welcome me to the college.”

The legacy Gonzalez left to the college would never be forgotten. His influence can be seen in the instructors teaching today.

“The things this wonderful man taught me about encouraging struggling students, listening to them and giving them the support they need are still in use every day I am here,” said Biology Science Professor Denise Speer, who reminiscent on her Tutoring Committee years with Mr. Gonzalez in the same faculty email. When she was first hired, he was one of the first faculty members she worked with.

Especially memorable to Speer was when her son, after returning from France, took English 90 with Gonzalez during his senior year of high school to graduate. The results he showed were nothing less than exceptional.

“When he was done, he told me that what he learned from Pablo in 16 weeks was more than what he got out of four years of high school English,” she said.

To Yeong, he was “a big man, but [with] a heart bigger than he was,” and to Godinez, a man with a very young spirit who “dressed to the nines.”

Ybarra will never forget the “booming” voice and laughter he had, and feels no one who knew him will.

Gonzalez will be remembered as a wonderful human being with a heart of gold.

“I was sad when he retired and am even sadder to hear that he is now gone from the planet. I will miss him, as will we all,” said Speer.