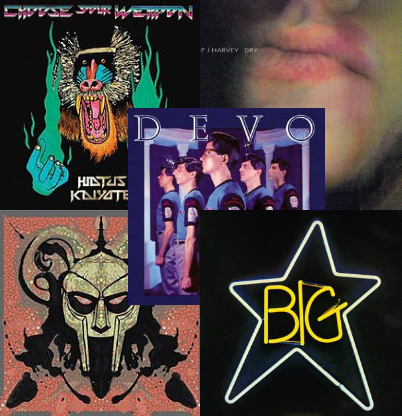 During these tough times, we all need things to help keep us distracted or just keep us entertained. Music has always been an outlet for humanity whether it be to celebrate, forget, remember, or question society-there is a song for every moment. Here are some albums you should check out during quarantine.

“Choose Your Weapon” is the second studio album from Melbourne band Hiatus Kaiyote and is just filled with beauty. The album was released in 2015 and is filled with modern jazz, neo-soul, classic R&B and funk inspirations throughout the whole album. The song “Molasses” from the album was written by lead singer Nai Palm and is about focusing on the future while you handle pain, which relates to the world’s current state. Each song is filled with meaning and soulful singing from Palm and is worth far more than one listen.

If you love 90’s grunge, alternative, punk-rock and have a somewhat cynical viewpoint on society and the treatment of women, then this album is for you. This album deals with some tough issues relating to women, sexuality and struggles of being a woman. “Dry” was Polly Jean Harvey’s debut album and each song is strong and filled with extremely clever lyrics. While this album is not for everyone, it is definitely something to listen to and analyze if you enjoy deep meanings in songs.

Danger Doom- “The Mouse and The Mask”

Rapper MF Doom and musician Danger Mouse came together to put out this album in 2005, and well, it is what it is. The album was put out by punk record label Epitaph and is not only an album for music fans, but lovers of animation. The album is filled with references and even characters from various Adult Swim shows which adds more fun to the music. It won’t waste your time, trust me.

American Power-pop band Big Star put out this record in 1972 and only sold 10,000 copies. Not being lost to time the album resurfaced and quickly gained critical acclaim. The album is filled with catchy songs, strong vocal harmonies and is just a staple of 70’s rock. The album even brought the original “That 70’s Show” anthem. After all, you can’t go wrong with a record from the 70’s, and if there is any album I have on repeat during quarantine it’s this one.

While many believe this to be the “love it or hate it” album of New Wave/Electronic Rock band Devo’s career, I believe this album has aged extremely well and seems to provide a basis on the sound of 80’s pop and electronic. There isn’t one song I could say I even slightly dislike. Listen to this album and I guarantee you’ll be a Devo-tee.