Sara Casey lands a spot in the writer's room for the new CBS series "Good Sam." 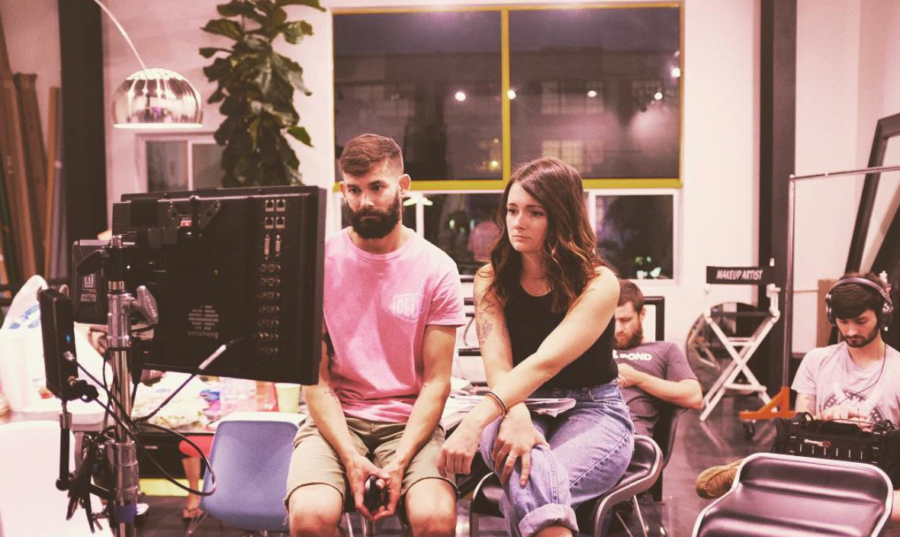 Editor’s note: “Where are they now?” is a continuing series in which Experience reporters connect with former students to find out what they are doing now and how their educational journey at LMC impacted their success.

Former Los Medanos College student Sara Casey was always a writer at heart. But it took time to figure out what direction would best suit her. She briefly considered journalism but found her voice in fiction. And now she is writing for TV.

Casey was grand prize winner in the Shore Scripts TV Pilot Contest in 2020. And with industry experience working for both Showtime and Netflix, she would ultimately like to become a showrunner — someone who creates and manages a TV series. But for now, she is developing her career as a writer having joined the CBS writer’s room this summer to work on the new medical drama “Good Sam” scheduled to premiere Jan. 5, 2022.

Casey, now 29, enrolled at LMC straight out of Clayton Valley High School in 2011 and immediately noticed a different approach to education.

“I got to LMC and I got to take classes I liked, and teachers actually cared,” she said, adding that the professors also talked to her like an adult.

In addition, she said she was able to find a lot of new things she was interested in such as biology, film and civilizations.

Casey originally thought she was going to be a journalist. She wrote for her high school paper and although she didn’t do much journalism at LMC, she wrote a few articles for the Experience while she was on a Contra Costa Community College District study abroad program in London. And when she transferred to the University of California, Los Angeles in 2014, she also worked for a short time on the Daily Bruin.

Although she found journalism wasn’t for her, she knew she still wanted to write. So, she majored in American literature and culture with an emphasis in American cinema and minored in film, television and digital media. Ever since then, she’s pursued a career in film and TV.

While at UCLA, Casey worked as an intern at Radiant Productions, Director Wolfgang Petersen’s production company. Although many following a similar path might need to start in a film agency as an assistant and work their way up, she said that internship led to other opportunities, including a lucky break to work for Showtime.

“Someone found me on LinkedIn,” she said, highlighting the importance of networking.

Since she had included her earlier experiences in journalism on LinkedIn, a recruiter asked if she was interested in working in documentaries for a development executive at Showtime. She accepted and started working in November 2017 as an assistant to Vinnie Malhotra, executive vice president of Documentaries and Non-Fiction.

But since her goal is to create and run a TV show, she also focused on personal projects on her own time while working at Showtime.

Casey did some writing and directing and made “Abortion Desert” in 2018, which was the winner in Best Short Narrative at Atlanta Comic Con in 2019. It was also an Official Selection of Cinequest Film & VR Festival the same year.

Her job at Showtime included watching and providing notes for incoming cuts and scripts. In her division she tracked and submitted documentaries and non-fiction projects to festivals. She was able to integrate what she was learning on the job into her own projects, and it also opened other opportunities closer to her ultimate goal. After two and a half years she left Showtime to be a writer’s and showrunner’s assistant at Netflix.

“The assistant world is kind of complicated,” she said. “You can’t just graduate college and get a showrunner position unless you know someone.”

It took a year for Casey to land a job at Netflix because it is a competitive field. She interviewed for a couple Netflix projects and got onto the show “Into The Night” with Jason George, a former journalist who works on many international shows.

“I would’ve been traveling the world with him if it wasn’t for the pandemic. We were supposed to be in Belgium, Amsterdam and Japan,” she said, explaining that instead of doing it on set they worked with the actors and crew remotely.

Since she worked for a writer at Netflix she found herself always writing on the job, and that carried over after work into her other personal projects. She said she likes to write about female characters in absurd and dark comedic ways.

After applying for a writing mentorship, she was selected as one of 11 writers for ViacomCBS Writer’s Mentor Program, which ran from October 2020 to May 2021.

“It was incredibly intense,” she said, adding that as part of this program she was sent on interviews with showrunners and production companies. As a result, she met with the showrunner for “Good Sam” and was offered her first staff writer job.

Being a staff writer on a TV show is something that was a long time coming. Although it involved a bit of luck, it also required a solid education.

“All good writing comes from reading and critical thinking, which are the key marks of lit classes,” she said. “‘The ‘Hero’s Journey’ by Joseph Campbell can be used to create rich characters. And many myths already have amazing structures you can use in creating your own stories.”

But when you first start on your journey, you sometimes find yourself doubting your ability, and Casey encountered that feeling.

“I was often thinking that I wasn’t good enough or I wasn’t gonna get to this point,” she said.

But it is important to keep your eye on your goal and be persistent. And she has some advice for students just starting their own journey in college.

“Try on a lot of different hats while you’re at LMC,” said Casey. “If I had only focused on just writing classes, I would’ve not been in biology or I wouldn’t have been in my civilizations class. But all of that kind of stuff has made me a better writer.”