Fall into music at LMC 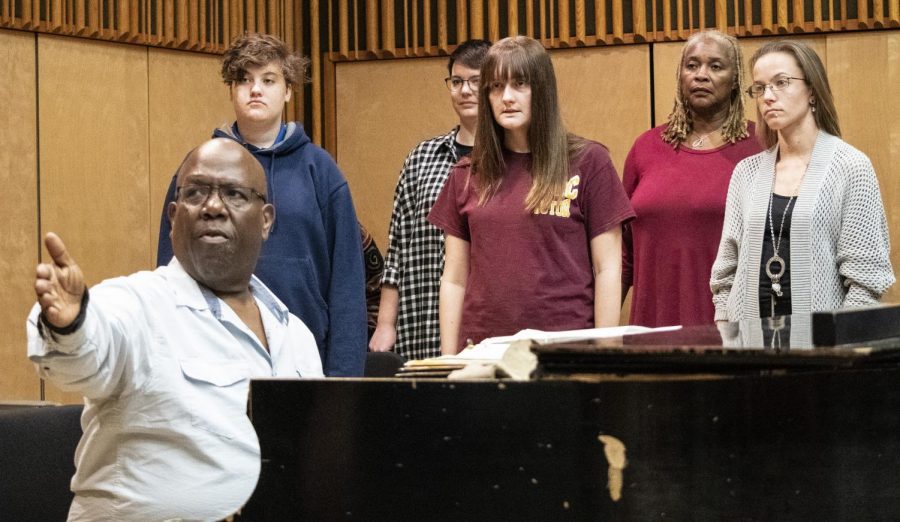 The concert, titled “The ‘Hegelian’ of Urban Performing Arts & Higher Education: The Worldwide Benefit,” will feature the LMC Chamber Chorale and Gospel Choirs. The event will be held in the Recital Hall in Room 720 of the Music and Recording Arts Building.

Students and staff from the Music Choral Division at LMC have been preparing for this concert since the first week of the fall 2019 semester.

Student Isabella Bishop, a soprano for the Chamber Chorale and College Chorus, was especially excited about the upcoming performance due to introductions of lots of new members.

“It’ll be cool for people to see the new chamber,” said Bishop.

The concert will be conducted by Professor Silvester Henderson, recipient of the 2014 Contra Costa County Arts Commission Arts Recognition Award. Henderson teaches gospel music at LMC full-time, and is currently in his 27th year of instruction. This type of choral performance is considered historic by Henderson and is held at least once every semester.

The title of the choral event, “The Hegelian of Urban Performing Arts,” was explained by Professor Henderson in detail.

“‘The Logic and Confirmation’ that ‘Urban Music Creativity’ is one of the truths, for African Americans, that supports the principle of using music creativity as a form of learning. Learning and intellectual development and expansion is the goal of all Higher Education,” said Henderson. “This principle supports diversity and inclusion. Inclusion supports all aspects of human experiences as totally valuable. Learning, the African American Culture, Music Creativity and Urban Intellectual Prowessness – is a ‘Global Benefit to the World.’”

Performances like these are extremely important to Henderson, who explained that his constant instruction and support of music is inspired by one very special thing in particular.

“For people of color, everything starts with a song,” said Henderson.

Henderson believes that, for many minorities, the power of song is crucial when it comes to communicating their beliefs.

A few special guests will also accompany Professor Henderson at the fall choral performance. Guest accompanists include performer Dr. Phillip Harris, as Operatic Baritone, and speaker David Chong. Harris is a Doctor of Musical Arts at the University of Nevada, Las Vegas, and Chong is a California State University Los Angeles doctoral candidate, and an LMC Music Department alumnus.