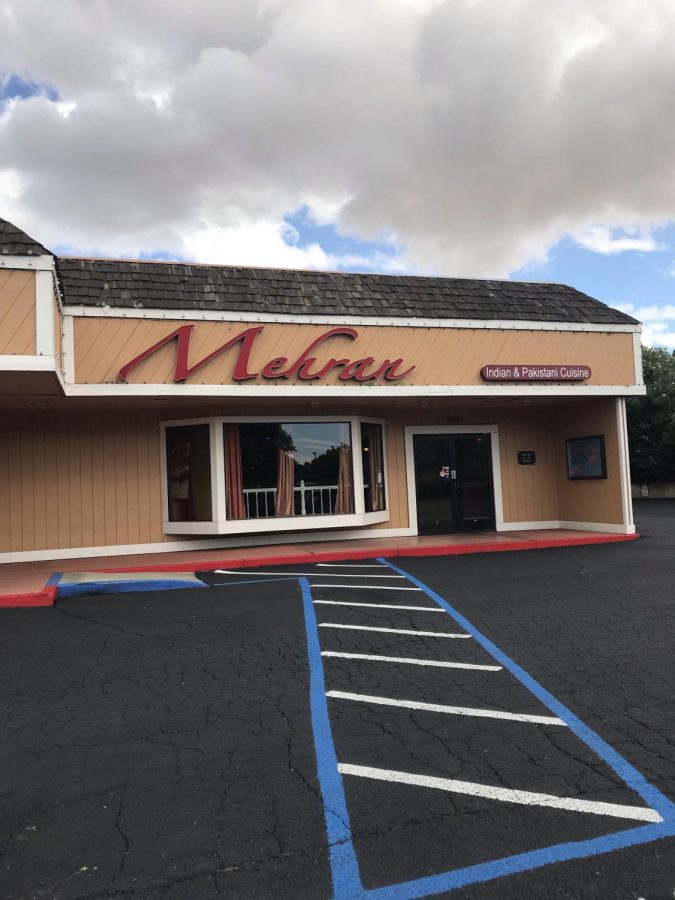 Restaurant Description: Located on 3841 Railroad Ave. in Pittsburg, Mehran Restaurant serves a variety of Indian and Pakistani cuisine. Mehran features mix of authentic foods such as tikka masala, naan bread, lamb vindaloo, and more. Along with their meat options, Mehran serves vegetarian options in their buffet, from mutter paneer to aloo palak.

The restaurant was nearly empty as we entered.

The decor gave the place more culture, but the blue light overhead broke the overall atmosphere.

The food felt pretty outrageously-priced for its taste.

We’d originally intended on ordering from the menu for the cheaper priced items, but the waiter avoided us until we settled for eating at the buffet.

The dishes themselves were unappetizing to look at. I remember opening up the dish and staring at a smeared tar-looking goo. I’m sure it would have tasted better than it looked, but the way it was presented made me afraid to try it.

The good news is there were more vegetarian options than I’m typically used to seeing. The spices were great in these dishes. The best tasting dish was the naan.

Jordyn Toscano: Not my bowl of curry

From the outside, Mehran looks like an adorable Pakistani/Indian restaurant, but it was not as “adorable” as I thought when I went inside. The food itself was adequate, but looked displeasing upon presentation.

When I sat down and tried to order off the menu, the server seemed very off-put by my request and insisted on the buffet option. Eventually, I decided to serve myself at the buffet.

The food itself was served in aluminum cloches, and the way it was presented felt somewhat unsanitary. While the naan was delicious, it was the only part of the experience I enjoyed.

Krys Shahin: Not a bad bite for your buck

The menu was extensive in cultured food but I was surprised to find they only had a lunch buffet, rather than cooking food from the kitchen.

The buffet consisted of food for meat-eaters, with fish, goat and chicken as the options. The other half was for vegetarians, consisting of veggies cooked in curries and sauces.

I enjoyed the chicken tikka masala. Though the chicken was dry, that was expected for a buffet. I also had the daal makhni, an assortment of lentils cooked in herbs and spices. It reminded me of food my family cooks at home, so I enjoyed it.

The spice and flavor were there, along with decent customer service, but the ambiance and awkward use of cloches and large spoons was a little unnerving. For $12, it wasn’t bad and I would go again.