Food Pantry is open to students in need 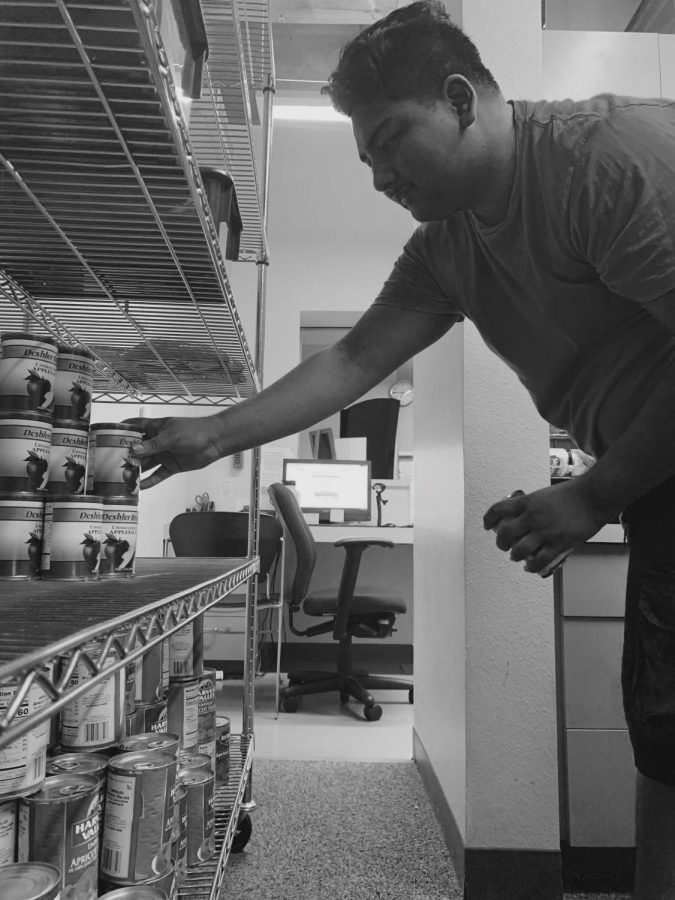 A large, unlabeled, brown bag may be the difference between having food for the next few days or nothing to eat for those who depend on Los Medanos College food pantry.

The program allows any student to get free items that they need, once a day.

“As long as you’re a student and have a physical ID card, you’re welcome here. It’s just a program for students to go and get free food. We get a whole bunch of people, people from a bunch of different backgrounds,” said Jessica Wilson, a food pantry associate.

But how high is the need for such a program at a community college like LMC? According to a study by the Wisconsin HOPE lab, partnered with the National Student Campaign Against Hunger, upward of 25 percent of community college students qualify as food insecure compared with 20 percent on four-year campuses.

“People really rely on the food pantry,” said Wilson, “The food pantry really helped me out in time of need and I’m thankful for that.”

There have been roughly 500 to 600 unique students who have used the food pantry since its creation in 2017 according to John Nguyen, Student Life Coordinator and co-founder of the food pantry.

“We have really been able to see the amount of good we’re doing,” said Nguyen, “it’s a community effort. It started off so small, now it’s a full department that helps so many people. It really is rewarding and heartwarming to be a part of, and I felt like it was my job and responsibility to help those around me after I realized my own privilege.”

The pantry has become an important source of student support on campus.

“Students don’t have to stress about when they are going to get their next meal. They can focus on their classes. It’s just one less thing the students have to worry about,” said Ja’Net Kent, a food pantry associate.

“I used to bring snacks to every class, like granola bars for essay writings or tests and I would have some students come up and ask if they could have more than one and I’d say like, ‘yeah, they’re there for you!’ That’s when I started to think about starting an English Department food pantry or something like that,” said Warfe. “I just wanted to destigmatize that people are needy. The ultimate goal is to ensure people are on campus and completing assignments.”

Once Warfe noticed the need, he got to work on figuring out a way to create something that would allow those in need to have necessities.

“We applied for a campus grant because we found out some crazy statistic like one in every six students, or something, had some sort of food insecurity,” said Warfe, “So we got the grant but we weren’t allowed to buy food with it, so what we did was we bought the fridges, and the space itself. Then the food came from the Contra Costa Food Bank.”

“Even with that though, we rely on food drives, donations from communities, and students. We have collaborated with other schools who hopped on board after hearing about it,” said Nguyen. “Even students who work at the food pantry donate monthly or out of their paycheck in order to keep it running.”

Money and other donations help ensure things other than food are available to those who need them.

Students are encouraged to use the food pantry, located in the main College Complex by the cafeteria, as much as they need.

“I want people to take advantage of what is out there for them. If they don’t someone else is going to. If it’s something that is going to benefit you, use it,” said Warfe.