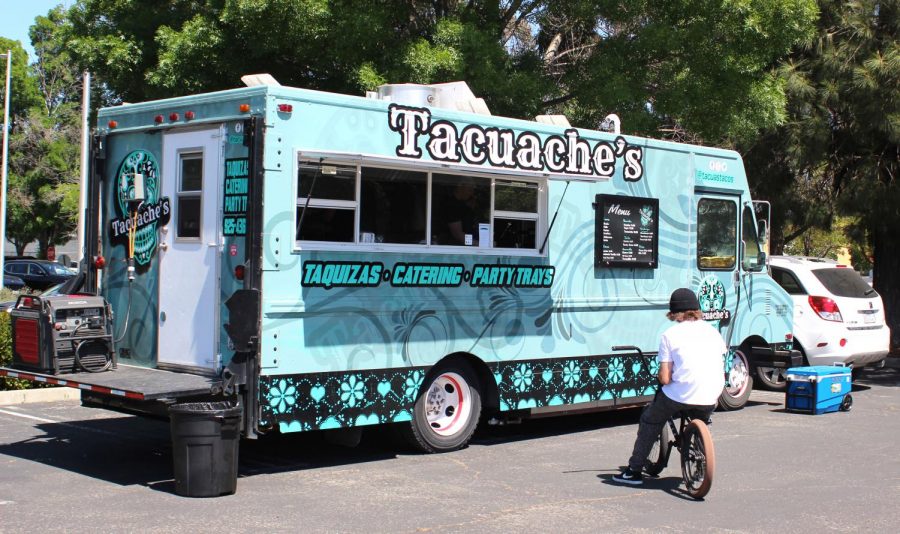 It wouldn’t be a bad idea to follow the Tacuache Instagram account, there you can find out their hours, which vary daily, including some occasional closures. You’ll also be able to find where they’re located that day, which is often the Somersville Towne Center parking lot. You’ll want to know this because Tacuache’s Tacos is a great value. Regular tacos are just $2 with specialty handmade tortillas and their house tacos being three. As far as food trucks go, the thing is gorgeous, and a treat for us that can’t make it to the city. While it’s not a favorite, I would certainly head over there for a snack in between classes for a taco and side of the soft, salty fries. Yes, they sell french fries at this taco truck, they also go well with the burgers.

Tacuache’s regular asada tacos are pretty good, but you can definitely find better. For two dollars, the tacos hit the spot especially with a side of green sauce and some lime. The carne asada was admittedly dry though and that’s the main reason I’m giving it the rating I am. For them to be advertising as a taco truck I felt like they could do better with the most important part of the business — the meat. Outside of the dryness of the carne asada it was a good, classic taco truck taco. It had all the usual suspects corn tortilla, carne asada and cilantro with a side of lime. Like my last review this wasn’t anything revolutionary. I would definitely go back for a burrito though. The few bites I had were way better than my tacos.

BreAnna Crawford “3 stars out of 5”

Tacuache’s tacos weren’t what I expected them to be. They were presented beautifully and had a nice pop of color, but they barely put any salsa on the tacos themselves. Overall, they tasted very American and anytime I order from a taco truck I expect them to be as authentic as possible. They were good tacos but nothing that was shocking to my tastebuds. What was another downer about the taco truck is that you have to follow them on instagram to see where they will be stationed at, which I found was a pain if they didn’t update everyday where they were located. This wasn’t the best taco truck I have ever been too, but they were quick to the order and made sure to have a great presentation with the food. Next time I’ll make sure to ask for extra salsa.