The final puzzle piece is laid for 'Avengers: Endgame' 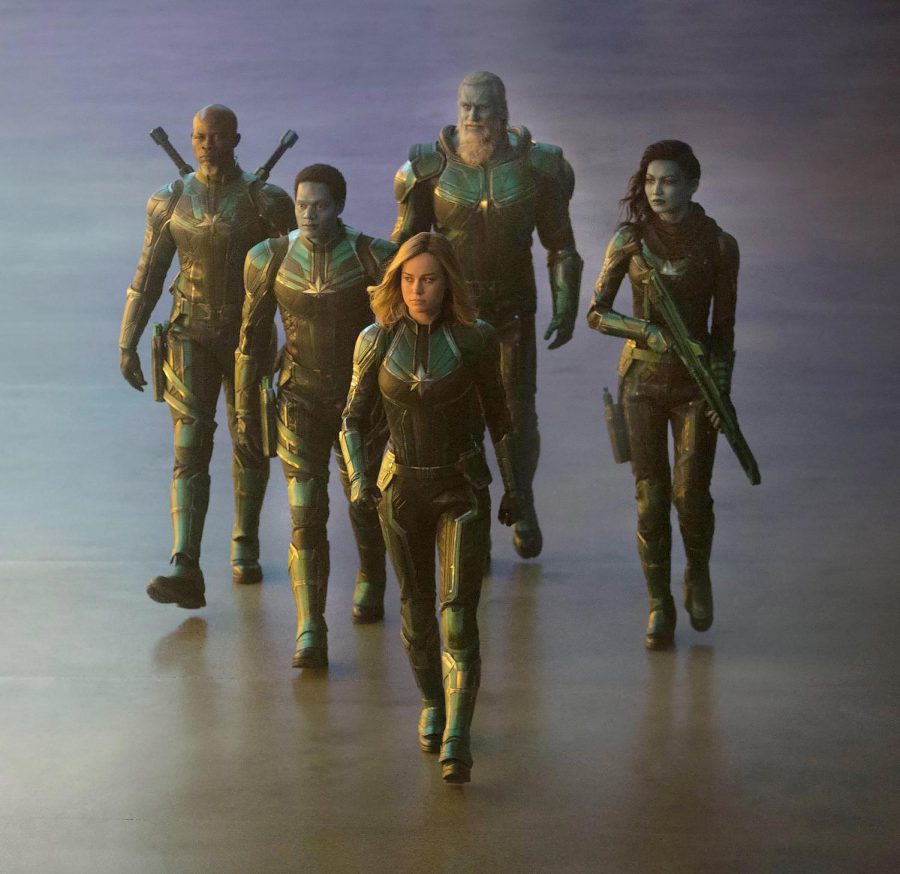 The final movie in Marvel Cinematic Universe before the next Avengers movie has finally been released. Brie Larson is on a mission to prove her haters wrong in “Captain Marvel.” However, does “Captain Marvel” leave a marvelous feeling for audiences after seeing the movie? The answer, sort of.

“Captain Marvel” takes place during the 90’s, far away from the fate the Avengers faced in “Infinity War”. She is apart of a group of warriors known as the Kree and suffers from constant nightmares of a life she’s never known. She finds her way to earth where her true journey alongside Nick Fury, played by Samuel L Jackson, becoming Captain Marvel begins.

Right off the bat the audience is introduced into the charming side of Larson as Captain Marvel, but for some reason her charming side isn’t as consistent compared to other heros in the Marvel Cinematic Universe. One part of the movie she will be an absolute charm, but the next she kinda feels awkward or out of place. The weakest part of her charisma is during the first act of the movie and it is the same awkwardness from the trailers. It was sad to see these moments featured in the final product.

However, Captain Marvel, for those who know her character, is supposed to be an highly overpowered superhero and that is translated extremely well with the movie’s third act. She takes down the unexpected villains of the movie with ease and it is a sight to see how powerful she is. Leaving this movie and thinking ahead for Captain Marvel in “Avengers: Endgame” is highly anticipated.

The computer generated imagery for the movie is something that must be appreciated as well. CGI is consistent and beautiful throughout the entire movie and there are slow motion shots in the movie that resonates even a couple days after seeing the movie. The most mind boggling CGI that must be highlighted is the de-aging machine Marvel has used on occasion. Samuel L Jackson looks insanely good returning to his younger self, as does Agent Coulson, played by Clark Gregg.

The twists in the story were hinted very well at the beginning, but the deceit played throughout the movie still gave the feeling we would get more twists. Besides the twists and turns the story takes, we still have a very cliche superhero origin story, but there is no way to avoid that. Comedy is also a hit or miss. There are some laugh-out-loud moments in “Captain Marvel” but there are also comedic parts that just did not stick.

“Captain Marvel” is also breaking records in the box office but it didn’t come with a little controversy. A week before “Captain Marvel” debuted, Rotten Tomatoes had to take down user reviews and create a new policy in which user reviews cannot go live before a movie’s release. Reasoning behind that was internet trolls bombarding the site with negative reviews.

The negative reviews didn’t stop anyone from seeing this movie and rightfully so. “Captain Marvel” does have a few hiccups with Brie Larson’s awkwardness portraying Captain Marvel and the cliche story may bother some movie-goers but nethertheless, “Captain Marvel” is an okay movie that’s probably worth re-watching.

We are at “EndGame” now. Avengers, assem—.