‘Connected’ to send a message 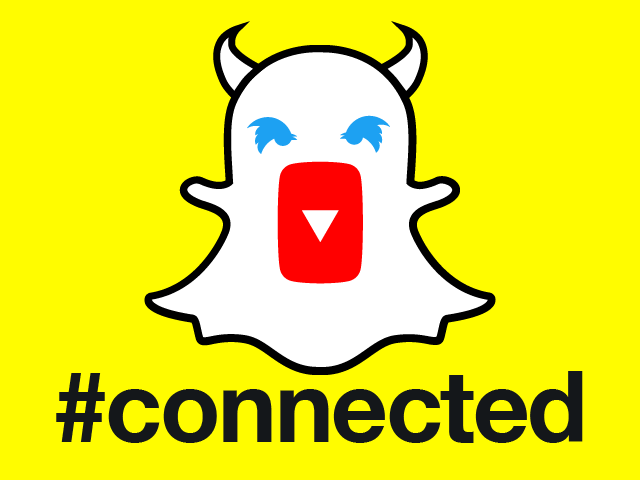 Promotional art for the play "Connected"

LMC Theater Productions is hard at work preparing for their next play, “Connected”. The play, written by Lia Romeo, is about what it means to live in the era of social media and the internet. It also shows that even though people are constantly communicating via the internet, people are still finding themselves lonely.

“Connected” follows the course of four scenarios. In one scenario, a girl’s embarrassing moment is posted on the internet and goes viral. Next is a high school grad that is torn between role-playing games and reality. Thirdly, two girls who wanted to go to a great party searched the internet for one. Lastly, a student on a dating site accidentally attracted one of his teachers.

Sandoval summarizes, “There are a bunch of different stories within one story.” She continued, “It all kind of shows how technology takes over our lives and hinders us from developing relationships, or successful relationships really.”

According to Sandoval, “The short stories all compose that [same] kind of message where it’s like, ‘I don’t know how to connect with this person, I don’t know what’s going on [and] why do I feel lonely all the time?”

“Connected” will not be the only play this semester. “They usually do two plays per semester,” Sandoval said.

LMC Student Austin Trenholm gave further comment on how each semester differs in what the Drama Department does. “There are the occasional [semesters] where we do three or four, there have been the times, but…the typical semester has two plays, one towards the beginning and that one typically has a more daily rehearsal schedule. Trenholm continued, “The second one…manned by the head of the department, Nick Garcia and that show is a little bit later in the semester.”

Trenholm spoke about the character he will be portraying in “Connected”. “I am getting the pleasure of playing Jerod,…sophomore… and me and my friend Blake, we Catfished Mrs. Harrold.” Commenting about his current role, he said, “It’s interesting to play this kind of emotional kind of context…because technically, the characters I’ve played in the past have seemed really clueless and sometimes they don’t have really deep emotions.” He said it’s different than portraying normal comedy.

Trenholm prefers comedy, but he explained, “In my realm of characters… I typically play [comedy relief] like ‘you’re my buddy’…but I’m still doing that for much of the show…how I envisioned my character. There’s still a lot of myself and my typical feeling of like who I am.”

As for the quick pace between rehearsals and performance, Sandoval was okay with it. “It’s quick pace, but it’s fine. The amount of time seems quick, but when we are actually in the rehearsals it seems perfect.”

“I would say please come see it. I think it’s a necessary message for especially this generation. It talks about really serious issues that people have and I think it’s one of the more meaningful shows that we’ve ever done.”

“Connected” performances will be held in the LMC Little Theatre at 7 p.m on March 21, 22, 23, 25, 27, 28 and 29, with one Matinee performance on March 25 at 10 a.m. It is being directed by Nick Maccarone. Tickets can be purchased online at https://www.losmedanos.edu/drama/productions.aspx or at the door one hour before showtime.