Hip-hop drama to premiere next week 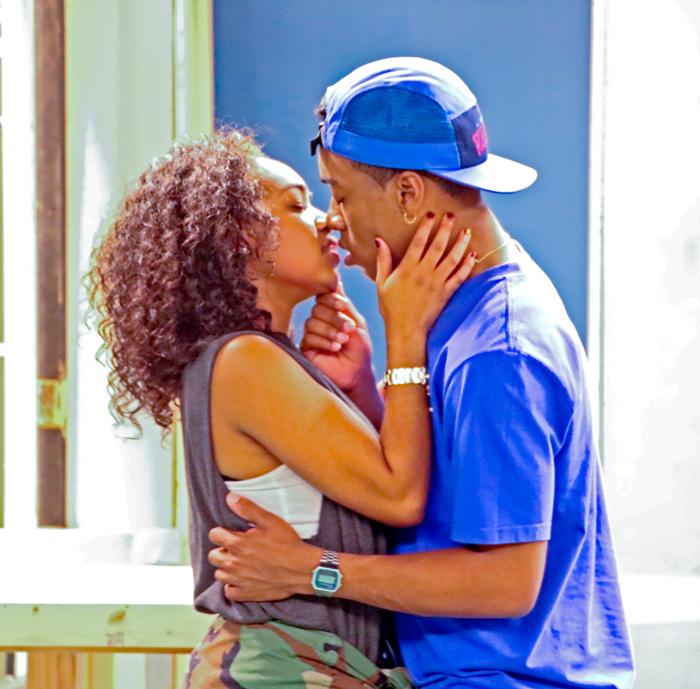 Actors Gabrielle Brown and Lenard Jackson prepare to kiss during a rehearsal for the upcoming performance of "My Block."

The Los Medanos College Drama Department is bringing the first hip-hop musical produced in the Bay Area, “My Block” written by Federico Bartolo, to the LMC community and will be performed at the Little Theater on campus.

The show is about the struggles that can come from living in a bad neighborhood and what happens when a man named Rafael falls in love with his best friend Pancho’s sister Simone.

“It deals with things that people in our community go through,” said Drama professor and director Nick Garcia.

He explained that the meaning behind the name “My Block” refers to the feeling that the neighborhood that you grew up in is your place – it’s a part of you.

“We want to take you to a neighborhood, anywhere you want to go,” said Bartolo.

After being inspired to write the first song at KCACTF, Bartolo was challenged by Drama teacher Nick Garcia to write the musical. The script for this musical was completed in three months.

Bartolo wrote all the lyrics to the songs and collaborated with Blunted Beatz, Empty Beatz, Crack Moses, and Jason Park to create the music.

“I see a lot of [the actors] in their characters,” said Gabby Brown who plays Simone, “it’s relatable.”