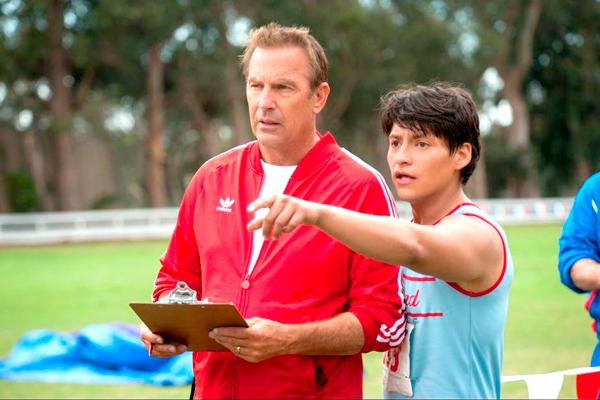 Student Life hosted a free showing of McFarland, USA at Maya Cinema last Friday. The film told the story of former football coach Jim White, played by Kevin Costner, who moved his family to one of the poorest cities in America. He eventually starts a cross-country team that goes on to win multiple championships.

A small crowd of Los Medanos College faculty and students socialized in the lobby and then stood in line to redeem their free snack vouchers. The turnout was noticeably smaller than the Selma event that took place earlier this semester.

After getting settled into their seats, the previews began. Attendees seemed to enjoy them, chatting with their neighbors about what they were most excited to see. The audience quieted as the film began. Throughout the movie, members of the audience laughed and in scenes where a character triumphed, they applauded.

Afterward, the moviegoers talked about their favorite parts of the film, quoting the characters as they exited the theater.

“As a film, it had emotion, action, interest, humor, personal growth and positive change without having to swim in violence and blood” said LMC student Reiko Kubota. She also said normally she doesn’t go for Disney films, but because it was an LMC-hosted event, she didn’t want to pass up the opportunity.

Nursing student Ericka Pree said she went to see the film because she “wanted to get a glimpse of what Latin Americans go through to get a better life.” Many of the attendees echoed a similar response.

Though the film generally garnered positive feedback, there were a few comments about the way the film was made.

“Given Walt Disney’s track record, I could understand people not showing up to watch another film of a dominant-culture male coming in to help, especially when he appears to follow a pattern of knowing nothing about the place, people and culture,“ said Kubota. “There are concerns about Disney films frequently being sexist, racist or non-egalitarian.”

Apart from those few remarks, the film generated positive comments from the crowed.

“I felt the film was excellent,” said Pree. “It really helped me to be more thankful for what I have.”