‘The Equalizer’ packed full of action 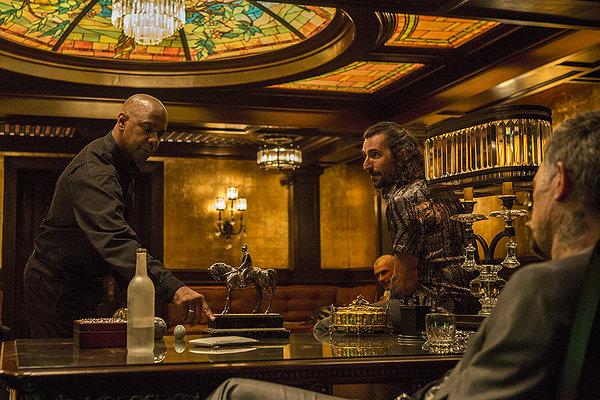 Based on the 1980s television show of the same name, Director Antoine Fuqua’s version of “The Equalizer” packs a punch of action and thrills worth seeing.
Denzel Washington stars as retired black ops agent Robert McCall, who is forced to take matters into his own hands when a young prostitute (Chloe Grace Moretz) he had befriended is beaten by her pimp. McCall tries to solve the problem by offering to purchase the girl’s freedom. When the pimp Slavi declines, played by David Meunier, McCall kills him in retaliation.
The trouble doesn’t end yet, however, because the pimp was associated with the Russian mob.
Russian mob leader Vladimir Pushkin (Vladimir Kulich) puts a hit out for McCall. After escaping several assassination attempts, McCall realizes that, yet again, he needs to take matters into his own hands.
Written by Richard Wenk, and co-written by original series writers Michael Sloan and Richard Lindheim, “The Equalizer” is definitely a lot of fun. I’m a big fan of the two leads, Washington, and Moretz. Seeing them together was an interesting change.
The villains were amusing because they were all so different from each other, and it gives the audience something new to experience in each act of the film. The pimp Slavi was a sleazy creep. Whereas the hit man Teddy (Marton Csokas) was cold and heartless. Lastly, the Russian mob leader, Vladimir, was very calculating.
There were a few problems during the film. Some of the action gets a little over the top for me to take seriously, but your mileage may very on something like how much or little action should be in an action film.
The final act felt way too short. The confrontation between Denzel and Vladimir was resolved too quickly, and it really could have used an extra ten to fifteen minutes. They spent the entire film building up the final villain only to have it short lived.
Overall, I give it a 4 out of 5. If you’re a fan of action, then this is the action hero movie you’re looking for.