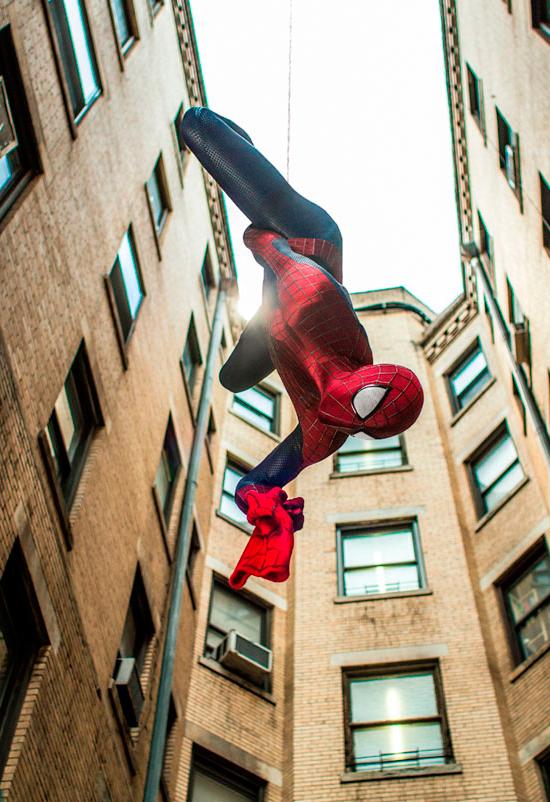 Andrew Garfield reprises his role as Spider-Man and hangs from his web in the first scene.

The best thing about the rebooted Spider-Man is the fun the series has. While it does not delve as deep into the characters as the original trio of movies, it certainly provides loads of entertainment.

“The Amazing Spider-Man 2,” starring Andrew Garfield as Peter Parker/Spiderman, Emma Stone as Gwen Stacy and Jamie Foxx as Max Dillon/Electro, is visually stunning but at points gets too caught up in the thrills and is lacking in dialogue.

Story wise, the emotional highs and lows were enjoyable. The downfall to the plot is the fact that there are three villains. It made the film over-saturated.

Paul Giamatti, who played Aleksei Sytsevich/Rhino, is respected as an actor but his part could have been entirely removed and not only would it have saved some time — the movie runs over two hours and 20 minutes — but would have also simplified the plot.

Jamie Foxx plays Max Dillon, an engineer working for OsCorp, much better than Electro. While his powers are impressive and are the vessel for many stunning visuals, his one-liners and completely close-minded thought process as to why he is wreaking havoc makes it seem like almost no thought went into writing the his character into the script.

It is difficult to not compare the original series to the reboot. The original films engrossed viewers with the characters more, which ultimately makes for a better film. The reboot strives to entertain more than anything else.

Spider-Man fans should definitely enjoy this movie, at the very least for the grandiose action and thrills.