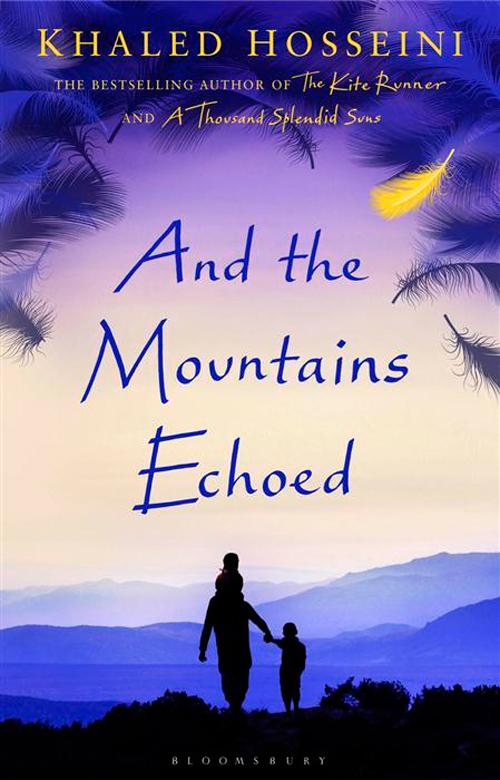 Khaled Hosseini’s book “And the Mountains Echoed” is a brilliant work. He is a storyteller of dizzying power who knows how to engross his readers deep into the heart of the characters. Through the portrayal of perplexed human emotions, they are woven through the span of continents and generations.

Every aspect of the novel is a testimony to the unique style of this amazing writer. Hosseini’s ability to awe the reader is unmatched. His writing flows beautifully, from the diversity of the characters to the similarity of their longing, to confine themselves in a sanctuary of the love they find in the family relationships.

Geographically he takes the reader across the continents from Shadbagh, a small village in Afghanistan to Kabul, Paris, the Greek Islands and California. It is limitless in his exploration of relationships and the melodrama that comes with being a human, a familiar story of complex human emotion that exists amongst siblings and parents and other family members.

Hosseini’s exquisite novel is comprised of many short stories. Whether it is desperation of a poor laborer who sells his 3 year old daughter to a rich woman in Kabul or the disappointments of the self-destructive beautiful poet in Paris, somehow all the stories are anchored by the characters’ identities that relate to Afghanistan. The roots of the characters are all intertwined and their experiences through extraordinary circumstances are brought by instability, poverty, war and displacement.

The expression of human endurance are all too familiar to people who are survivors themselves, such as not losing humanity despite all calamities of war and the austere environment and being belittled by extreme desperation yet keeping a flickering light of hope.

Hosseini gingerly maps the characters progress by paying special devotion to its most treacherous human experiences, which is not just endurance but the self-impact it brings upon people.

It would be hard not to acknowledge and respect Hosseini for his meticulous detailed depiction of the stringent lives of the Afghan people regardless of their location.

His well-informed and accurate portrayal of Afghans, who have walked the difficult roads and have learned to adapt in the most fascinating ways in different corners of the world, is just honorable.  His observance of the stamina of the Afghan people is a tribute to the war torn people of Afghanistan.

Hosseini says towards the beginning of the story, “a story is like a moving train: no matter where you hop aboard, you are bound to reach your destination sooner or later.”

His beautiful words are the sad reminder that life is a journey that takes us to the inevitable end. The most desolate one of us is still longing for closeness and we can isolate ourselves from people, but our deficiency of social connection cannot isolate our nature, which has quenchless thirst for love and companionship. The importance of family and closeness continues throughout the story as the characters tirelessly strive to attain relationships while they dread the notion of dying alone. It shows relationships through the various spectrums and the comforts of companionship with the burden of the responsibilities.

It has been said that the book leaves certain undeveloped conclusions, like some lose ends and it lacks closure that gratifies the reader, the kind of closure found in Hosseini’s previous two books, “Kite Runner” and “A Thousand Splendid Suns.” There is something to be said about unfulfilled dreams that can only be a testimony to the unfairness and cold reality of life.

A magnificent artist like Hosseini cannot be held up to the criteria of any formula. Art is not bound by any acceptable standards or limitations. This magnificently written perplexed drama depicts Hosseini’s ability as an artist. Hosseini has mastered the ways of the heart like no other writer.