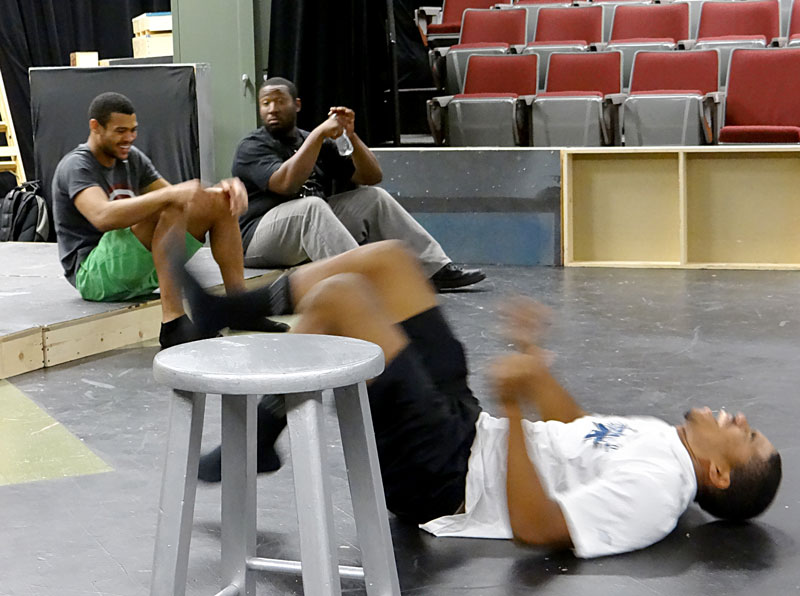 Los Medanos College’s Drama department is back again with the Tony award & Pulitzer prize winning play “Fences.” Written by August Wilson in 1983, it goes in depth of race, and family.

The two-act play is going to be directed by the Drama Chairman, Nick Garcia.

“I chose it because it is one of the most powerful plays, I’ve ever read,” said Garcia. “It’s a true piece of American culture.”

The play is about an African-American baseball player & father Troy Maxson, who in the 1950s, had a chance to be “one of the truly great baseball players” but the color barrier was not broken and he never got his chance. Now his son, Cory Maxson, is a gifted athlete who had some scholarships to play football, but due to Troy wasting his life, he doesn’t want him to waste his.

“He’s trying to convince his son to go in a new direction,” said Garcia.

Fences is a play that touches real life issues.

“It’s a really strong piece about family and parenting,” said Garcia. The audience is to expect “top notch story, good acting, and characters they can relate to.”

Rehearsals have been going strong for 6 weeks.

“Our first day, I remember sitting down with everyone and because I’m not African-American, I know that’s weird, that I’m directing a play that’s about that,” said Garcia. “I feel really, really honored to be apart of this experience with my actors because I’m learning a lot about their culture and how it is similar to mine.”

The play is to feature an 8-person cast with 3 actors making their LMC acting debut.

“This play not only has incredible actors and characters but it’s one of those plays that…it’s real,” said Garcia. “It feels like real life.”

“Raynell as a child is actually a lot more easier because you’re fun, you’re carefree and you don’t have too many worries going on,” said Smith. “All the other characters, who are adults, have so much more on their plate, and I’m just like “lah-de-dah, I’m here.’”

“I feel like the characters are really deep and complex,” Garcia said. “They feel like real people. They don’t feel like fictitious fake creatures that were created for a play.”