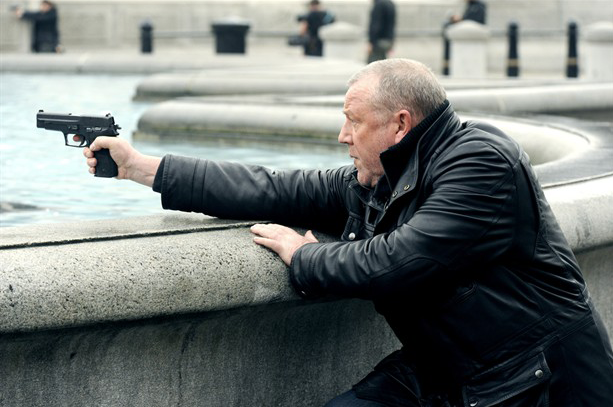 ‘The Sweeney,’ starring Ray Winstone, is a crime drama centered around a law enforcement team that come off a bit more brass knuckles when it comes to stopping criminals.

Taking place in London, ‘The Sweeney’ is at times very intriguing and at times very slow paced. The action sequences keep viewers wondering what the next move might be, while some of the dialogue in-between the action could put you to sleep. As it is a film from London, the accents take a bit of getting used to, but that time can cause a bit of confusion when it comes to really following the entirety of the story.

There are a few recognizable faces in the film who you may not be able to put a name to right away, but know you have seen them before. The cast works very well together. The veteran film star Winstone leads the way and is very convincing in his role as a somewhat close to retirement but still kicking law enforcement squad leader.

There are moments in the movie where you are left thinking why the specialty police squad really have a place in law enforcement in general due to how they deal with certain situations. That notion needs to be squandered to watch the movie for what it is.

The film is not for everyone, but if you like a crime thriller, with a bit of drama and mystery mixed in, this just might be for you.