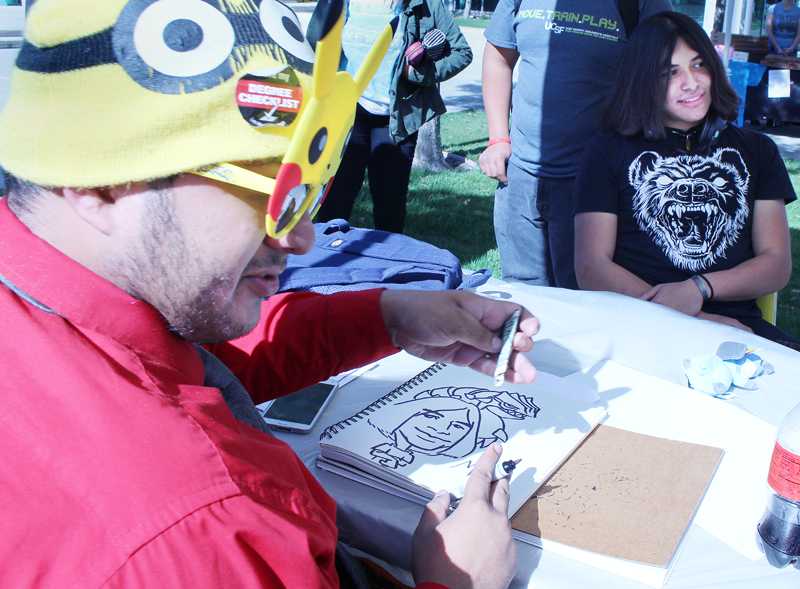 Pokémon Day— an entire day filled with activities for the LMC community — was held in the college’s quad area Tuesday, Oct. 18,
“I love Pokémon — why not Pokémon? It’s what people love,” said Ariel Miller, the head coordinator of the event. “We’ve actually had this planned for about a month hand a half now, and we expect to have a lot of people. We’re doing cartoon drawing, rice crispy treats that look like poke balls that we’re selling, stuff like that.”
The event also served as a fundraiser for some clubs.
“We’re just selling little pieces of art and key chains. We have the merchandise, I just hope we can sell it; we just need a loudmouth to help sell,” said Manny Jimenez, a member of the Art Club.
Organizers arranged a number of activities, such as a Poketoss, pin the tail on Pikachu, a Pikachu cosplay stand, a Pokémon gaming tournament and even a prize wheel. The people that came to the event really enjoyed themselves; in fact, a few of them dancing to the music that was played.
“The event is awesome; they even played the [original theme] song sung by Jason Paige,” said Juels Mcclary, who danced his way to glory during the playing of the Pokémon theme song.
Overall, the event was a success, with a massive amount of college students appearing and participating in the various activities and games that the event had to offer.
“I’m just glad people had a lot of fun at the event today,” said Miller.