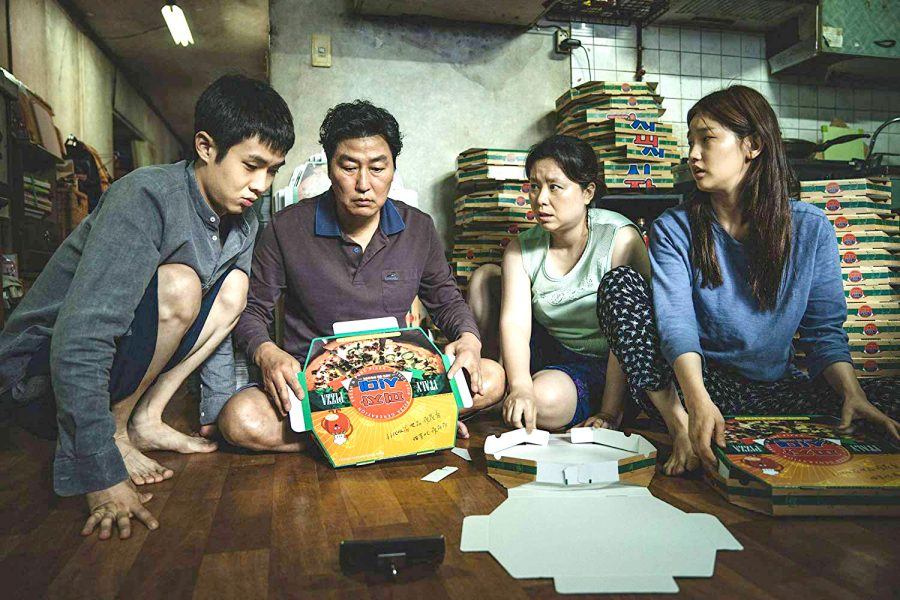 “Parasite” is a film that turns its audience into exactly what it portrays; hungry parasites, ever-starving and constantly craving the next scene.
Set in South Korea, a lower class family of four struggles to earn enough to live with dignity. After the son fakes his way into a high-paying tutoring job for a wealthy family, his family members conspire to follow suit, planning to infiltrate the estate of the rich family and make a living off of them by pretending to be capable of working jobs they’re not qualified for.
This relationship between the respective families slowly turns from symbiotic to parasitic and, as more time passes, the con-artists find themselves up against increasingly high odds of being found out. The result is a level of dramatic irony so gripping, that I have never been more closer to the edge of my seat during a film.
I was simultaneously afraid and desperate to see where the plot went next. My hands often found themselves clutching my face with my jaw extended as I watched the main characters miraculously dig themselves into ever deeper holes.
This constant push-and-pull plot is equal parts horror and hilarity. Because of excellent casting, each of the family members play their respective roles so convincingly that they give Frank Abagnale Jr. a run for his money.
Along the way, themes regarding the distinction between social classes and their inequities are covered with great skill and sensitivity.
The visual presentation of the film is nothing short of spectacular. “Parasite” can be instantly recognized for its’ detailed stagecraft and use of color. There were unique cinematic shots. For example, partway through the movie, there is a smooth transition in which a rising water line gives way to the next scene, blending seamlessly as the water line bounces up and down.
As all of this occurs, the 2 hours and 20 minutes runtime takes place mostly in one home. Every crevice of this intricate home is explored, and the result is an intimacy and emotional attachment to this house.
The score does an excellent job in playing up the drama. It is flowing and joyous when the film enters its fun-and-games phase, but also heavy and brooding during moments of drama and emotion.
Despite being directed for a South-Korean audience with South-Korean dialogue and actors, “Parasite” could easily be enjoyed by a western audience; this is a testament to the film’s objective quality.
“Parasite” is a resounding breath of fresh air, and is one of the best films I’ve seen in recent memory.