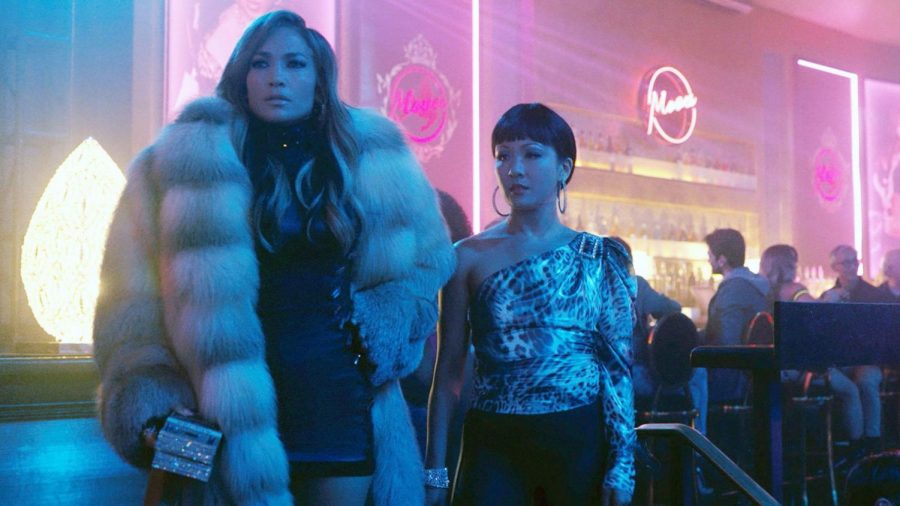 Hustlers is a Rated R movie with the description of: Inspired by the viral New York Magazine article, Hustlers follows a crew of savvy former strip club employees who band together to turn the tables on their Wall Street clients.

Ariell says: “I would watch it again.”

The film Hustlers which pertains towards stripping and getting money is not anything new. However, when a film is based on a true story, it’s different and usually makes a movie more interesting. Constance Wu, who played the exotic dancer named Destiny, receives a business opportunity from the character Ramona, who is played by Jennifer Lopez.

Lopez’s character is an experienced, badass exotic dancer, popular among New York and dancers at different establishments. Ramona and Destiny provide for their families with the support of their off the hinge crew. Swindling money out of white-collared businessmen and moving on once they’ve emptied their pockets. In essence, someone always gets greedy, and trouble awaits.

I rate this movie 3.5 of 5 stars. It was entertaining and well done. Considering the fact that it was a true story, I thought the writers did a good job of not leaving out any juicy details when it came to the very heartfelt moments between Destiny and Ramona.  Would I watch it again? Yes, I might rewatch it.