Pixar does it again 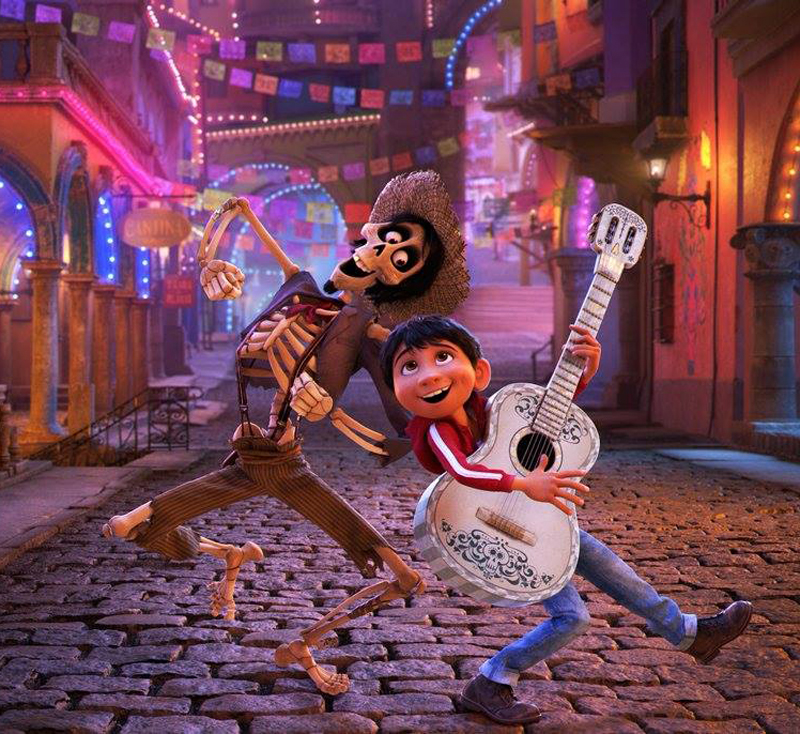 Pixar’s ‘Coco’ opened in theaters over the Thanksgiving weekend in what appears to be their next big success. ‘Coco’ is about a boy named Miguel who comes from a long line of shoemakers and fears that his fate will be the same, although his real passion lies with music.

Miguel lives in Mexico with his parents, grandmother, and great-grandmother all of whom have one strict rule; absolutely no music. Miguel is torn between his family’s wishes to rid music from his life and follow his dream of playing music for the world to hear.

His dream is to grow up and be just like Mexico’s most famous musician, Ernesto De La Cruz. As Miguel plans to make his first leap towards chasing his dream in music and join the town’s annual talent show on Día de Muertos (Day of the Dead) he is denied by his family when they find out. Instead he is encouraged to stay home and honor the dead at his family altar—well all but one, all except for his great-great grandfather who abandoned his family to pursue his own music career years ago.

This is when Miguel’s journey truly begins as he decides to run away from his family on the night of Dia de Muertos to play in the talent show. Due to his instrument being ruined by his music hating grandmother Miguel seeks another before the show. He then sneaks into the final resting place of Ernest De La Cruz to borrow his guitar for the talent show.

Pixar does an amazing job splashing the screen with color while they reveal what the land of the dead looks like. These vivid sights do a great job in showing the true meaning in this Mexican tradition as well as keeping the mood and viewer happy. Traditional music, design and Mexican folklore is riddled throughout the film. The design and art team on this film really out did themselves with the amazing architecture and amazingly detailed skeletons. The plot in this film alone makes the movie great but the visual beauty is an amazing cherry on top that is sure to delight all viewers.

This is a true family film. Miguel’s quest with tradition and following his dream show audiences the importance of remembering ones family because even though they may no longer be living they live on if they are never forgotten. Be prepared for Pixar’s sneaky tactics to create emotion that will probably have you wiping your eyes.

Coco is Pixar’s best movie yet and has all the elements to stay that way for years to come.